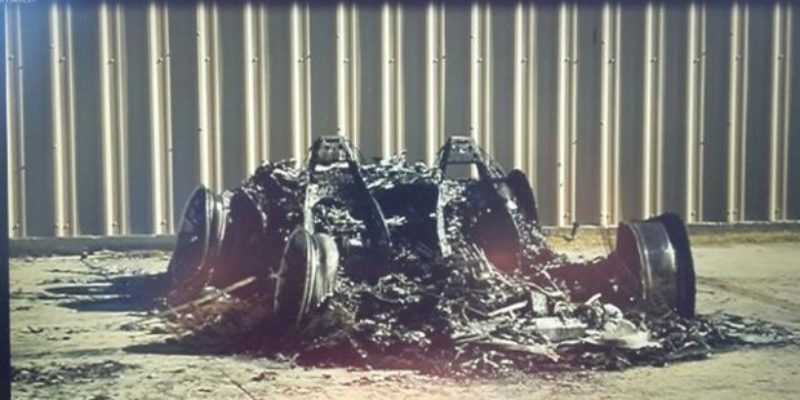 Just a few days after H&O Investments backed out as the contractor to remove four historical monuments in the city of New Orleans, the Baton Rouge company has reported that a Lamborghini  on their property was found burned to nearly nothing.

The Hayride reported exclusively for months since September of 2015 that H&O Investments was in fact the contractor Mayor Mitch Landrieu had been working with to remove the four monuments, which includes Lee Circle.

H&O Investments owner David Mahler, who is also a contractor for New Orleans, told WDSU that the vehicle was found almost unrecognizable and that it is valued at $200,000.

The Baton Rouge Fire Department is working the investigation as to what occurred with the burned vehicle, but Mahler’s attorney has said that it is “extremely suspicious” that the incident comes just a week after the company was announced to be backing out of the monument removal job over death threats.