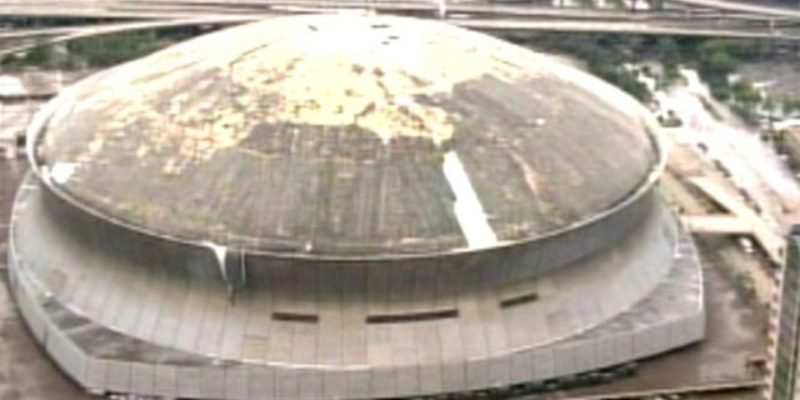 Technically, it’s the board of the Louisiana Stadium and Exposition District, but yeah.

He also appointed Kyle France as chair, and members Henry Baptiste, Renee Lapeyrolerie, Casey Robin, Hilary Landry and Greg Morrison.
“I committed to the people of Louisiana that my administration would look like the state as a whole. I am certain that the team I have assembled lives up to that promise,” Edwards said. “This board is made up of the talent and experience necessary to attract vital tourism and industry to the state and I am enthusiastic about what they will accomplish.”

Renee Lapeyrolerie used to be the executive director of the Louisiana Democrat Party, so you know she’s qualified to oversee the management of the Superdome. Batiste’s family has owned the Chicken Shack in Baton Rouge since the first Chicken Shack went up some 80 years ago, so perhaps that means the chicken fingers at Saints game will be solid going forward.

The others are mostly run-of-the-mill donors to Edwards’ campaign or his PAC. This is, after all, a patronage board. It doesn’t do a whole lot other than confer things like suite tickets to Superdome or Smoothie King Arena events upon its members.

Blanco’s reward was hardly a surprise since it was the remnant of her unused campaign war chest dumped into Edwards’ PAC which helped capitalize that fund; you had to know she was getting some sort of juicy boodle out of his election.

But it’s the irony of what happened to the Superdome the last time Blanco was around that makes this appointment truly noteworthy. You would have thought the optics of the appointment might have argued against it, but that clearly doesn’t phase John Bel Edwards in the least.

Interested in more news from Louisiana? We've got you covered! See More Louisiana News
Previous Article STEVEN CROWDER VIDEO: Bernie Sanders Is A Mediocre Fascist Who Ought To Sound More Like Gilbert Gottfried
Next Article SURPRISE! John Bel Edwards’s Medicaid Expansion Is Expected To Enroll And Cost More Than Expected