One of the largest reasons for Louisiana’s budget problems is the largest reason for its high unemployment rate; namely, that the price of oil is in a profound state of depression and it’s questionable whether that will change anytime soon.

As of this writing, West Texas Intermediate crude oil is trading at $29, which is a price that simply doesn’t work for Louisiana’s economy or that of the oil business… 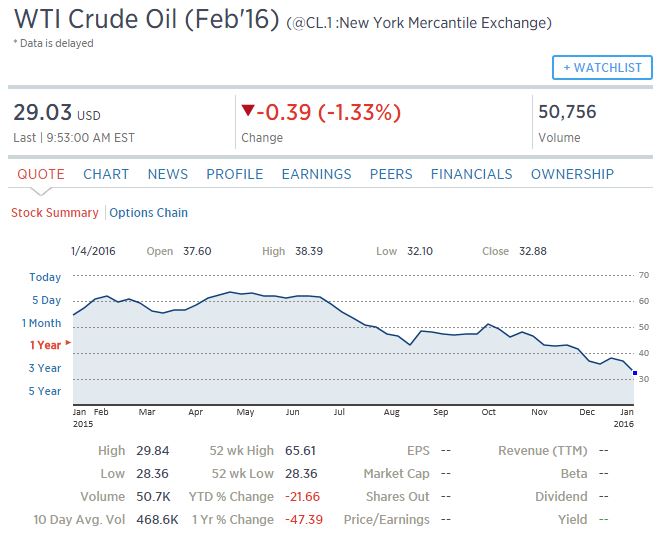 That’s considerably less than it costs to take oil out of the bottom of the Gulf of Mexico seafloor or the Tuscaloosa Marine Shale, or any of Louisiana’s other oil-bearing energy plays.

And as such, the markets in Louisiana where the oil and gas industry drives a giant share of the local economy – in particular Lafayette, Houma/Thibodaux and Lake Charles – are in deep trouble.

And unfortunately, there is no real end in sight here. After all, Iran’s oil production, which is going up by a half-million barrels a day, is about to get dumped onto the world market thanks to the Obama administration’s nuclear deal with them, which is going to make what is already a glut even worse.

That’s why last week Standard Chartered put out a study saying oil prices could drop as low as $10. They weren’t alone in that opinion; Morgan Stanley, Goldman Sachs and RBS had all done the same.

And the global economy is in decline. The stock market plunge we’ve seen since the beginning of the year is only part of the mix; if you want to see something extremely scary have a look at the shipping industry. 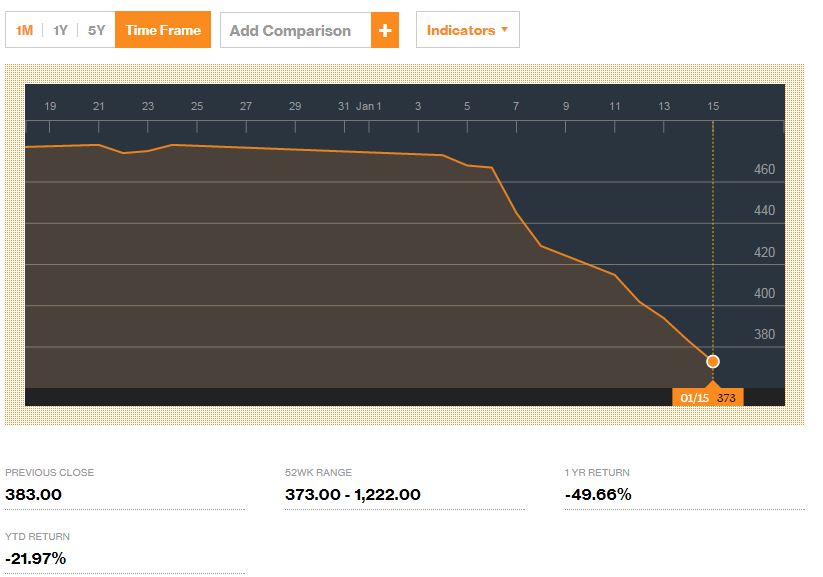 Falling off a table.

Even more specific to oil prices, there is the “contango” going on off the oil ports.

So what does this mean? It means Louisiana’s policymakers are going to face an extraordinary challenge over the next few months if not longer. The global economy is headed for recession, and the sector most prominent in the state’s economy is already there. That means the state doesn’t have the revenue, and won’t have it, in order to sustain its current levels of government spending and it means Louisiana’s private sector economy is going to have to depend on sectors other than energy in order to grow.

And that means what’s crucial is for Louisiana to stress competitiveness with other states who haven’t traditionally had the luxury of depending on oil.

Unfortunately, the newly-inaugurated governor has not the first clue about the concept of economic competitiveness. He’s closer to Bernie Sanders than Rick Perry.

We wish we had some positive news to offer, but right now we don’t see it.

Maybe the Saudis and Iranians will go to war soon. That would certainly fix Louisiana’s problems.

Perhaps the Great Saudi-Iran War is coming. At least that’s what it seems the state’s higher education crowd believes, because something has given them the idea there is free money out there.

For a $1.7 billion higher education budget, which is what they want. They also want to trash the GRAD Act, which tied college funding and the freedom to price tuition to graduation rates.

The Board of Regents and the higher education commissioner say that’s all gone now, and they want actually more than the $1.7 billion.

On top of its $1.7 billion request, which includes $300 million for financial aid programs like the Taylor Opportunity Program for Students, the state Board also is asking for $350 million from the Capital Outlay Fund that lawmakers use to pay for various construction projects. None of that would go to new buildings — all projects identified are long-delayed repairs to campus buildings.

“It’s strictly maintenance that is far past due,” Lipsey said.

Colleges and universities currently have a more than $2 billion backlog of maintenance projects that have been put off.

“That is a real problem,” Lipsey said.

He said he’s personally asking state lawmakers to put higher education above the various pet projects that they would seek funding for through Capital Outlay.

“Those would take money away from education,” he said. “I can justify every nickel of it.”

Academia isn’t the real world, we all know that. This seems to be proof.

Here’s a funny story from a friend who attended one of the various Mardi Gras balls over the weekend somewhere in the state – he tells us one of the people with whom he had a conversation was connected with people in the John Bel Edwards administration who are already complaining about this site.

They’re in a panic over our reporting late last week and over the weekend about the lie Edwards told last week at LABI about his supposedly convincing Obama to fix I-10 in Baton Rouge, and they’re now spreading a narrative that this site is bankrolled by wealthy Republican donors.

It’s amusing to see how professional political people spin things. Because if we’re bankrolled by wealthy Republican donors they might have gotten the wrong bank account number to dump our millions into.

But it’s not a half-bad idea as a suggestion for the future. Maybe we ought to think about asking some of these donors to fulfill JBE’s prophecy.

And if you’re not a wealthy Republican donor but look good in a t-shirt, and like two-thirds of the people in this state you think it’s completely ridiculous what’s going on in New Orleans with the historical monuments Mitch Landrieu is trying to remove and give to his rich trial-lawyer pal John Cummings, we’ve got an offer for you. How about a Robert E. Lee “Che Guevara” t-shirt? 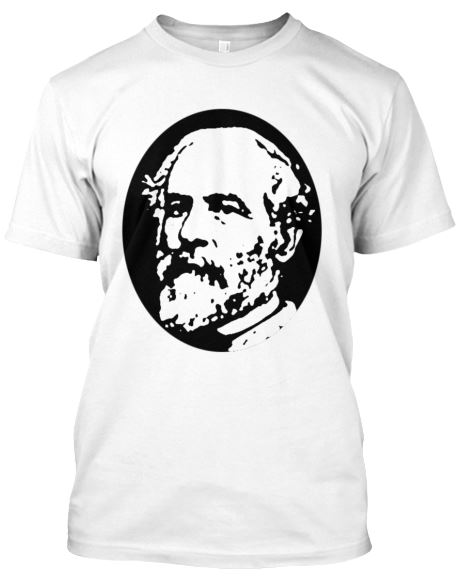 …and you can order one here.