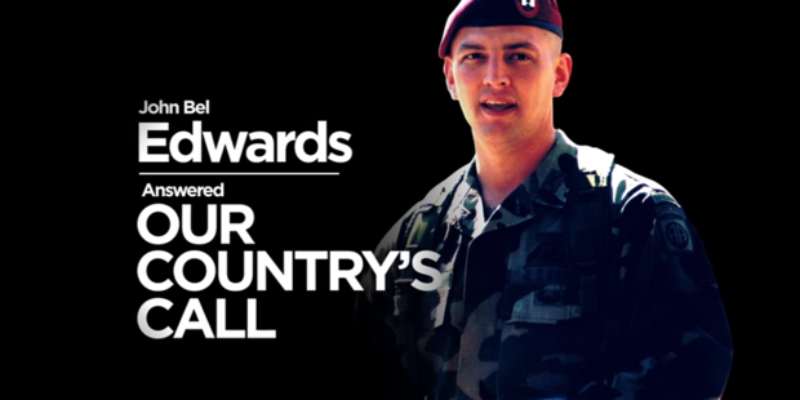 Among conservatives in the state, Governor-Elect John Bel Edwards (D-Amite) has earned the nickname ‘Honor Code’ because of the supposed over-use of the narrative by the local media and Edwards that he attended the US Military Academy at West Point, therefore he holds some kind of moral high ground on political opponents.

And though the governor’s election is over, the mainstream media is still in love with Edwards’ controversial ad campaign in which he claimed that while he was serving his country, Sen. David Vitter (R-LA) was answering a prostitute’s phone call.

Edwards’ ad was named one of POLITICO’s top ads of 2015, but here in Louisiana, it garnered some heated backlash.

In Edwards original ad, he uses the graves of US Veterans behind Vitter, something that got tons of push-back from Veterans groups around the state.

And one particular Veteran, Mike McNaughton, called Edwards out to his face publicly, slamming the use of Veterans in order to win political points and votes for an election.

Additionally, the ad was called the “most vicious attack ad ever” by a number of guests of ‘Meet The Press.’