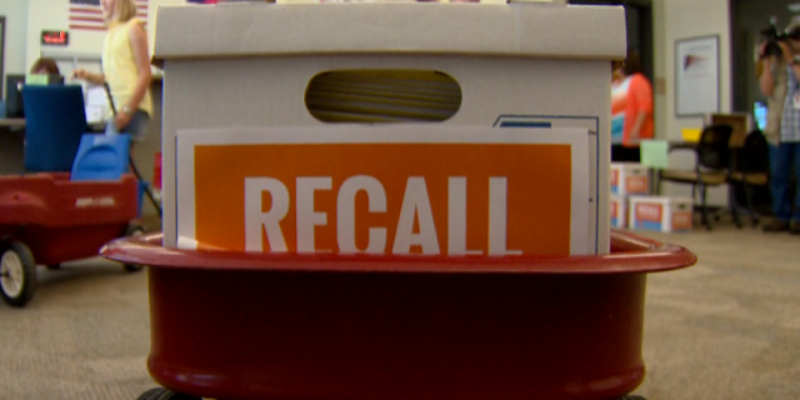 Some “Republican” legislators already have recall efforts underway before they even cast their first votes. One of those is newly elected State Rep. Stephanie Hilferty (R-New Orleans).

Poor Stephanie is feeling the heat from her constituents because she hasn’t publicly committed to back either Walt Leger or Cameron Henry for Speaker.

A committee calling itself “Residents to Recall Hilferty,” said in a press release that they are concerned Hilferty will back Leger.

“It is important for her to show her credentials as a new Republican and vote for Cameron Henry in what will surely be a very close election.  Her vote could decide control of committee assignments, which would ultimately affect which bills become law,” said organizer James Hou in a press release Monday.

A vote for leadership will take place Monday, Jan. 11, after the House members take their oath of office.

“It’s disappointing to me that someone is trying to use a recall petition to try to force my hand on a vote.” Hilferty said Monday night, adding that she hasn’t made a decision and is still reviewing the positions and histories of both candidates.

“My job is to vote in a way that will benefit my district most,” she said.

It’s really simple for Hilferty. Either she votes for the Republican candidate, Cameron Henry, or she faces a recall petition. If Hilferty wants to be a Democrat, she can change parties.

After all, we shouldn’t be surprised that Hilferty is having a tough time voting her alleged party registration on this issue. Her campaign was funded by the trial lawyers. They’re a major part of the John Bel Edwards coalition.

As for other Republicans, it’s really simple. If you don’t want a recall campaign mounted against you, vote for your party’s choice for Speaker and not John Bel’s.

Interested in more news from Louisiana? We've got you covered! See More Louisiana News
Previous Article Have You Seen Trump’s Ad Hammering Hillary Clinton On The Fake Women’s Rights Issue?
Next Article There Is Proof Hillary Clinton Broke The Law