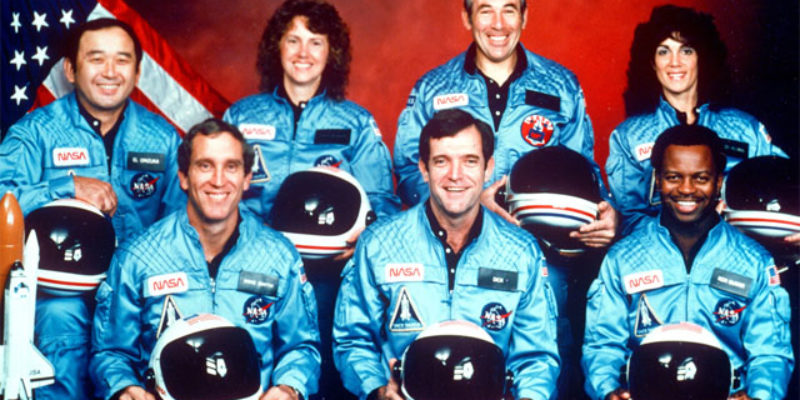 It’s my birthday today, as the hundreds of you who have filled my Facebook feed this morning with “Happy Birthday” messages are aware, and I’m spending it in a haze of Nyquil, cough drops and Kleenex. Which is why the readers of this site may have noticed my rather scarce presence over the past couple of days. I have a phlegm faucet which used to be my nose and a sandpaper tube which used to be my throat and I haven’t had a moment of non-drug-induced sleep since Saturday.

Which I’m used to. Coming down with a cold or the flu in time for my birthday seems like an annual occurrence, which I imagine is probably not that unusual for people who share a birth date in late January. This is, after all, the time of year when the crud goes around and lots of the people I’m talking to this week – they keep calling, and I have no voice to talk to them with! – relate tales of illness and woe thanks to the current epidemic of coughs and sniffles.

And that reminds me of another anniversary today represents, which is something I saw. On this day in 1986 I was a sophomore in high school, and I was home, sick with a crud similar to this, and watching TV while in and out under the influence of cold medicine, and saw NBC News break in to show me something especially cool – the launch of the Space Shuttle Challenger. Back then those launches were still a momentous thing, and it wasn’t like they’d show up on YouTube later on; if you didn’t see it live you probably weren’t going to see more than a 15-second clip on the six o’clock news.

So I saw being sick as possessing something of a silver lining that morning – after all, none of my classmates were going to see the Space Shuttle take off.

Later that day, President Ronald Reagan offered what serves as the gold standard for national addresses in a time of grief…

Reagan was correct, as he usually was, in noting there would be more Space Shuttle missions and more efforts at exploration, and he summed up the national mood of the time in noting that the future is not for the fainthearted. Nevertheless, the Challenger disaster was an event which shaped, to some extent, our national confidence in doing big things. This was so because after the launches during the first stages of the space program produced a number of failures, the public began to trust the reliability of NASA’s efforts in response to a string of rather mundane trips to outer space, and the Space Shuttle had become less a source of national pride and more a piece of evidence of how American know-how and technological advance had turned the impossible into the mundane.

But with that giant explosion on my 16th birthday, that changed. The Challenger disaster made many rethink whether a robust and expensive space program was really worth it, and while NASA has posted a number of significant achievements since then, the Golden Age of manned space flight was over after Challenger.

Something was lost that day. Prior to Challenger, the assumption of risk inherent in something like manned space travel was met with shrugs from most Americans as simply the price paid for greatness. After that day, avoidance of risk became more the national motto. A few years later, after Ronald Reagan had given way to George H. W. Bush in the White House, America engaged in one of the most lopsided wars in world history in routing Saddam Hussein out of Kuwait – but stopped short of crossing into Iraq to depose him from office. While the choice saved many American lives, it also left a monster in place who would terrorize his own people and disregard the terms of the armistice which saved his life and rule for more than a decade more until Bush’s son sent the troops back to Iraq to finish the job – which turned into an even larger mistake when the younger Bush attempted, foolishly, to induce a pluralistic democracy in one of the most barbaric societies on earth.

This after a decade wasted under Bill Clinton, in which the morale-crushing phenomenon of political correctness descended on college campuses, talk radio was irresponsibly blamed by the president for the bombing of a federal building in Oklahoma City, the public was lied to about the growing threat of Islamic jihad and the confident, stouthearted and even braggadocious American culture was put under siege in every available media. For example, by 1999 an entire genre of movies, in which Chuck Norris, Sylvester Stallone, Lee Marvin and others starred in unrepentantly patriotic romps through Communist and third-world bad guys with guns blazing, had been mostly wiped off the screen. That year, the top-grossing film at the Box Office was Star Wars, Episode 1: The Phantom Menace, which was a little less macho than the Star Wars movies which had come before, and the rest of the top 10 contained a smorgasbord of kiddie films and comedies like Toy Story 2, Big Daddy, Runaway Bride and Austin Powers: The Spy Who Shagged Me (The Matrix was certainly a bad-ass movie, but it was also not a particularly patriotic American film), along with Tarzan, The Sixth Sense, The Mummy and The Blair Witch Project.

Compare that to 1985, the year before the Challenger disaster, when the top three movies were Back To The Future, Rambo: First Blood, Part II and Rocky IV, and you can see the cultural change.

And 1999 was practically the 1950’s compared to what we have now. Everybody knows it.

So on the 30th anniversary of an event which changed the life of a country, here I am again – going through Kleenex and Hall’s cough drops on my birthday and largely checking out from life and work. Amazing how some things change and some don’t change at all.