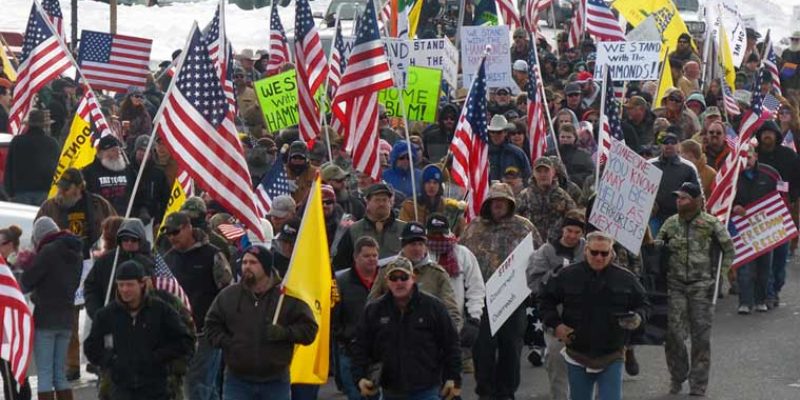 Armed protesters in Oregon are occupying a national wildlife refuge and the word police are already here to tell the rest of us how we should and should not be describing the protesters.

Jarvis DeBerry, a liberal columnist for the Times Picayune, has a piece specifically devoted to policing words that he says the public should be using to describe “white people” who “commit outrageous crimes.”

DeBerry uses these examples to somehow give the illusion that by using those words to describe Roof’s deplorable, racist acts of violence, equates to condoning his actions.

My correspondents who call Roof “an idiot kid” or, even worse, “a boob” are, with their cutesy language, dismissing the seriousness of his crime and the value of his victims’ lives.

Two NOLA.com comments about Roof are not indicative of how the public views him whatsoever. And then DeBerry begins slamming how the armed Oregon protesters have been described as a “peaceful protest,” as if that’s not accurate.

The perpetrators of this crime are in open defiance of the authority of the United States government, but the news alert from ABC makes them sound as righteous and as restrained as Rosa Parks.

DeBerry goes on for two more graphs to explain what exact words should be used to describe the Oregon protesters. He really likes the words “militants” and “militia” as a descriptor for the protesters, but isn’t sure if “terrorists” is accurate.

Meanwhile, the Oregon protesters are being described by everyone from CNN to USA Today as “armed protesters” and “militants.” DeBerry, though, would have everyone believe that because the protesters are white, they are being treated like precious darlings.

During the Baltimore riots, which have left the city more racially torn than ever before, DeBerry wrote about how the rioters were not really rioters, but “rebellions,” painting the picture that it was perfectly acceptable for Baltimore protesters to throw rocks at policemen and burn down a Walgreens because they had a cause, a purpose for doing what they were doing.

But if a violent outburst is a response to even greater violence – violence perpetrated by the state, no less – and if that violent outburst forces people to pay attention to a problem they’ve long been ignoring, then it can’t rightly be called irrational.

So the throw-rocks-at-police BlackLivesMatter crowd gets a pass because they’re just trying to get people to “pay attention,” but the Oregon protesters are angry white people on-the-verge-of-terrorists because they are armed and occupying a public building over property rights.