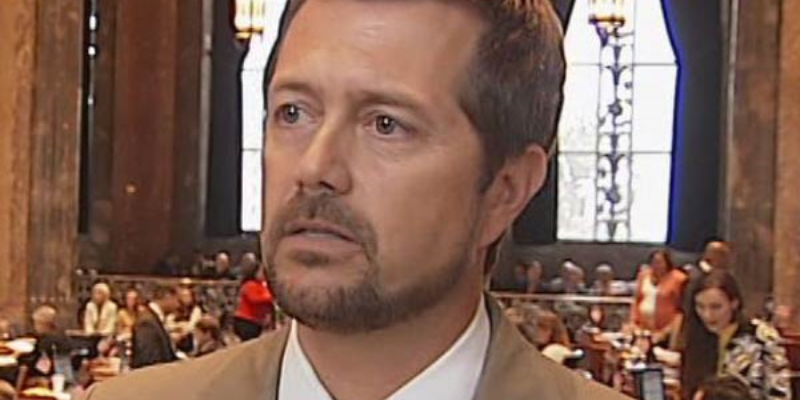 This just showed up in our email…

Troy Hebert, a former state senator and ATC Commissioner will soon be announcing his intentions to run for the U.S. Senate this fall. Hebert was the first registered Independent to serve in the Louisiana State Senate in modern history. He recently served as Alcohol & Tobacco Control Commissioner for the last 5 years where he cleaned up a troubled agency, took on the bad guys and reduced the number of employees in half.

“It has been said that the definition of insanity is doing the same thing over and over and expecting a different result. Well, it’s insane if we think things will change by electing the same type of politicians over and over. My record of fighting for the “Lil Man” against the establishment runs from Governors to D.A.’s to illegal multi-million dollar businesses,” stated Hebert.

The answers to our countries problems are not complicated.

You just need common sense and the balls to fight for them. If you tick off some people along the way, that just means you are making progress,” added Hebert.

Louisiana has never had a major Independent candidate run for statewide office before. Current voter registration is 26% Independent, 28% Republican and 46% Democrat.

“Given the number of voters that are fed up with both parties, the large number of registered Independents and the swollen number of republican candidates, simple math shows a great opportunity for voters to elect their first truly Conservative Independent United States Senator.” Hebert said.

“This realization has some people in high places, with a lot to lose, already trying to keep me out the race. They think I kicked their asses before, just think what I could do as a U.S. Senator,” stated Hebert.

We agree. No kudos to the proofreader of that press release.

Troy Hebert had what can best be described as a rocky tenure running Louisiana’s Alcohol and Tobacco Control Commission, and lots of people were left scratching their heads how Hebert managed to stick around to the end of Bobby Jindal’s term as governor.

There was, after all, the incident with the sick dog. There were lots of incidents indicating he’s not the greatest boss in the world, which might well have had something to do with someone stealing his car and trying to torch it.

Oh, and did we mention he’s got the FBI investigating him? That’s what Louisiana Voice and Fox 8 in New Orleans say. Hebert has a story of his own.

The former head of the Louisiana Office of Alcohol and Tobacco Control is under federal investigation. Sources tell FOX 8 News that the FBI is looking into whether Troy Hebert used his position to receive sexual favors from a New Orleans woman who had problems with a liquor license. Our story is a joint investigation with Baton Rouge-based reporter Tom Aswell and his website, LouisianaVoice.com.

On September 9, 2015, state documents show, the owner of the Decatur Street restaurant Star Steak and Lobster House appeared before ATC Commissioner Troy Hebert.  At that hearing, Hebert ruled there was “sufficient evidence” that showed the restaurant had “failed to pay sales taxes” and didn’t have a “proper permit” – its liquor license had expired four months earlier, in May.

Two days after that ruling, though, Hebert issued the restaurant a temporary permit, valid for 35 days.  He issued two more, in October and November.

In early January, though – just four days before leaving office – Hebert reversed his initial ruling, dismissing the findings, now writing evidence did not support the claim that the restaurant had failed to pay taxes and had failed to have a permit. But even with that decision, ATC’s website shows the restaurant is still delinquent on its renewal.

Sources tell FOX 8 News and the Louisiana Voice that the FBI is investigating whether Hebert received sexual favors in exchange for favorable decisions for the restaurant.

More here. The full post at Louisiana Voice is entertaining stuff, and it drags in the family of Jefferson Parish president John Young (though not John Young himself) into a potentially fun justification for an FBI investigation…

The anonymous source, who has sent 11 separate emails to date, said she had seen text messages from Hebert to [Sarah] Palmer [the owner of the restaurant in question, who alleges Hebert solicited sexual favors from her in order to maintain its liquor license] and “there are witnesses who followed their dinners.”

Seven of her emails were sent between Dec. 18 and Dec. 27. Then her messages went dark before suddenly resuming on Saturday (Jan 23). “I have stayed clear because FBI is now actively involved,” she said on Saturday by way of explaining why her communications ceased for nearly a month. “They have made contact with Palmer and have seized photos, emails and text messages,” she said.

“The FBI now has evidence but is expanding (its) investigation further,” she said. “The investigation (is) going in this direction: Hebert makes trouble for a business. Then his number-one assistant Judy (Pontin), maiden name Young, sister to (attorney) Chris Young, sends word to (the) targeted business to hire Chris Young and pay big fees to get them off Hebert’s radar. Once Young is hired (and the) fee paid, problem disappears. Once (the) deal is done, Chris Young calls his sister Judy in Hebert’s office and the coverup begins.”

Asked how she knew Palmer, she said simply, “She is a girlfriend of mine.”

But here’s Hebert’s side of the story…

Like Paul Harvey use to say, this is “the rest of the story”:

Star Steak House in the French Quarter was facing suspension/revocation of their alcohol permit because Ms. [name redacted]’s Middle Eastern manager, who is a convicted felon,  was breaking the law and pocketing thousands of state sales tax dollars from the business.

At the ATC hearing, Ms. [redacted] stated that she was committed to keeping her business open legally and her 20 plus employees working. She was advised that she would have to remove her manager from  any and all dealings with the business and work out a payment plan with the Department of Revenue (LDR) to pay all taxes owed the state.

She was granted a temporary permit to give her and LDR time to work out a payment plan in which they did. (Attachment A) It is customary to grant several 35 day temp permits rather than permanent ones to ensure that all details have been worked out. Ms. [redacted] was asked on several occasions to finalize the proper paper work to resolve this issue completely, which she did not. At that point and time, no more permits were issued and ATC learned the business had actually closed.  Because you cannot collect from a business that no longer exist, the charges were dropped.

At no point and time did I or ATC do anything illegal or unethical and the records and policy clearly reflect that. It is standard procedure to try and allow a business to remain open, if possible, in order for the state to collect the taxes owed as well as save innocent people’s jobs. “You can’t get blood out of a turnip.” To try and suggest  otherwise is simply a ploy to discredit me and a great agency for doing our job dealing with those who don’t do theirs.

During the course of this time, Ms. [redacted]’s manager, whom I suggested that she fire, began threatening me. Due to the numerous other threats and the torching of my car, I reached out to the FBI for help and protection of my family and I.(Attachment B)

Your sources that say the FBI is investigating me must have their wires crossed. Why would the FBI investigate me for doing my job and was threatened for doing so? Common sense says that if there is an investigation, it is about the people who threatened my life and family for fighting for the good law abiding taxpayers of our state.

I love my wife and children with all  my heart and would never do anything to jeopardize that or put them in harms way.

Inclosing, I ask that you show these facts to the the management of your station before you decide to run this story. As a respected public servant for 25 years and now a private citizen, any malice, defamation, suggestions or slander from your reporting against my character that will cause irreparable harm to me personally, professionally or politically will be dealt with in the court of law. I do not mean to come across disrespectful, but sometimes you cannot put the toothpaste back in the tube.

It’s a bit better written than his Senate announcement, but perhaps not quite as convincing. We should know shortly whether Hebert or Tom Aswell are correct about what the FBI is looking into.

But we feel rather safe in saying that now might not be the best time for Hebert to announce a no-party run for the U.S. Senate.

That said, we’ll be the first to welcome him into the race. This will be a hoot.