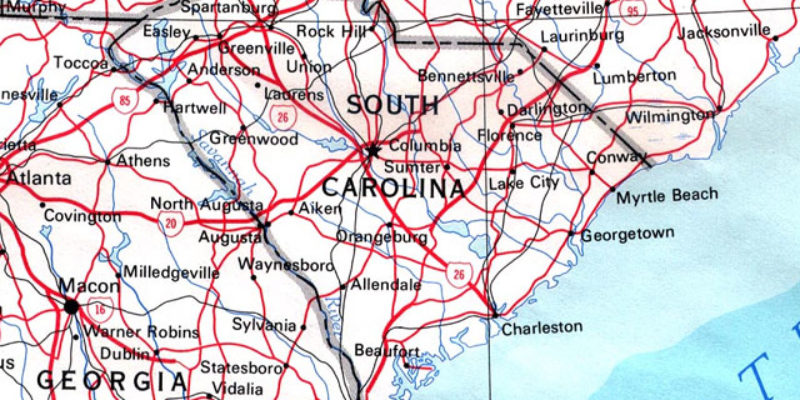 I don’t feel like writing anything coherent about the South Carolina primary and its results tonight, because I’m distracted by how pathetic Johnny Jones’ LSU basketball team is and that has led me into a state of mental dishevelment.

So instead, you may have this…

If you can explain that, you’re smarter than I am. I gave a speech Thursday where I expressed concern that ideas don’t matter in politics anymore, and it would appear that Christians don’t even care about Christian ideas anymore. This is a guy who has admitted himself to be a serial philanderer, who just this week said it’s inappropriate for a religious leader to question somebody’s faith, who sees no reason to seek the Lord’s forgiveness…and evangelicals want to vote for him? If that doesn’t prove ideas don’t matter, then nothing will.

You’ll hear a lot of Trump-friendly pundits poo-pooh the idea that when Jeb Bush, John Kasich and Ben Carson are no longer in this race the 23 percent of the vote from South Carolina they carried home will go mostly to Ted Cruz and Marco Rubio and not Trump.

The exit polls said that Trump got all of 16 percent of late deciders in South Carolina. His own voters don’t see him as overly electable. And these people act like Trump is going to get most of that 23 percent. If he was going to get it, he’d have it.

Does anybody really think Jeb Bush’s voters would go for Trump? And does anybody think that Kasich and Carson, who now need a lot of fingers pointed at them, attract the support of voters who will be attracted by the bombast and intemperate rhetoric Trump offers? That’s foolish, and yet it’s the line I just saw Sean Hannity peddling. And meanwhile Hannity is putting Trump on for the entire hour of his show on Monday, which is unbelievable. Does Cruz get a whole hour later in the week? Does Rubio? Does Kasich?

– As for Rubio, he’s once again claiming victory despite not winning.

And he’s not dead, obviously. It looks like he managed to finish a few hundred votes ahead of Cruz for what looks like the better side of a tie for second place. So that’s a good result for Rubio, and yet he’s being given the mantle of The Anti-Trump tonight.

Now, word is Rubio is either going to get Bush’s endorsement or at least Bush’s Super PAC infrastructure. One might imagine that would get him most of Bush’s voters, though it’s entirely possible Kasich can get a large share of them and perhaps fuel his survival. More on that below.

But this business of Rubio as the One Who Will Beat Trump is completely premature, because the only way it’s a certain thing is if somehow Cruz were to pull out and back him. Rubio appears to finally be consolidating the establishment lane of this race, but that’s the worst lane of the three between it, the conservative lane and the populist lane. Unless he’s able to dip into the other two lanes for votes, which will become increasingly difficult as time goes by – because make no mistake, there is no functional coalition among the Republican Party at present and will not be as long as Donald Trump remains the frontrunner.

– Ted Cruz put a brave face on tonight’s result, but this was not a good night for him. A 22 percent number in a six-man field is mediocre, and getting beaten by Rubio who two weeks ago was half-dead in a state Cruz had built an army of volunteers for is not what he needed. Losing by double figures to Trump after all of the insanity of the race in South Carolina is also a bit scary.

And Cruz is now facing an existential question, because he ran the same campaign in South Carolina that he ran in Iowa and while the evangelicals gave him Iowa they didn’t give him South Carolina.

There are evangelical states still coming up, but the race from here is not going to be won simply by churning out votes from evangelicals. After all, Cruz hasn’t been able to capture them over Trump – and if a campaign touting social conservatism and a return to Christian values doesn’t beat Trump in a place like South Carolina with the target audience, that campaign is going to have to rethink its emphasis.

What Cruz is going to need to do from now on is run as the constitutionalist. That’s a far better face of his message anyway – what makes him attractive isn’t the fact he’s a Christian, because like we said the Christians don’t even care about that and they’ll vote for the least Christian Republican candidate in the party’s history.

Cruz has got to run as the candidate who will get the federal government off your back. He needs to crack open Tom Coburn’s Wastebook and lots of other resources, pick a federal agency a day – maybe even a small agency or a program – and start talking about what a piece of crap it is and how he’s going to kill it and either put its funding toward the deficit or block-grant it to the states. He needs to talk about how the feds are abusing everyday Americans, how these agencies are promoting crony capitalism and corruption and how they’re killing the American dream and our international competitiveness.

And he needs to go after Hillary Clinton like there’s no tomorrow. He needs to brutalize her like nobody ever has. If part of the problem for Cruz is that people don’t think he can win the general election, then he should take that as a challenge and begin delivering the indictment against her – and by so doing prove that he can do for the GOP against Hillary what Reagan did in 1980 against Carter. But for crying out loud do not ever use Ronald Reagan’s name again. We all know Cruz is a modern-day Reagan. Let others say that about him. From now on Cruz needs to present himself as something new.

Be Rand Paul without Rand Paul’s annoying style. Be an articulate Scott Walker with better campaign people. Be what Rick Perry was supposed to be before he blew it. Don’t be Pat Robertson. Cruz has laid that on entirely too thick and to say it’s produced diminishing returns is far too kind.

– Jeb Bush got out of the race tonight, and for that he deserves thanks.

As I said Friday, he never should have gotten in. It was an act of incredible selfishness and evidence of a tin ear for him to get in. There was never a popular demand for a Bush in this race, and the idea that if he won and was re-elected someone from the Bush family would be occupying the White House for 20 out of a 36 year period was downright repulsive even to Republican voters. This is not a monarchy. Neither is it an aristocracy, and yet Bush went out and ran a campaign like it was, raising some $100 million from a scandalously small number of rich donors.

It’s not a surprise his campaign was an embarrassment. The end was merciful.

– Finally, Kasich and Carson. Neither one will admit they have zero chance at winning the nomination, and both can only be seen as destructive to the process at this point. Erick Erickson is saying that a vote for either one at this point is a vote for Trump, and that’s correct. If you don’t want Trump to get the nomination you have to vote for somebody who can beat him, and that’s Cruz or Rubio.

– Something else that needs to be noted is South Carolina was an open primary, and so not everybody who voted in it was actually a Republican. Without knowing the numbers, it’s a safe bet that Trump was helped greatly by independents coming into that primary, just like John McCain used them to take South Carolina from Mike Huckabee in 2008.

So given that most of what’s out there are closed primaries or caucuses, the prospect for Rubio or, perhaps more likely, Cruz getting a boost from a higher percentage of ideological voters turning out to beat Trump is not to be discounted. On the other hand, On March 1 you still have a whole host of open primaries on the way and Trump is going to win those. He’s going to win Virginia, Georgia, Alabama, Minnesota, Massachusetts, Tennessee and Vermont after winning the Nevada caucus, because Trump gets those independent voters for whom ideas don’t matter.

Cruz has a better shot at Texas, obviously, but Texas is also an open primary. Colorado, Arkansas (though Trump could well be strong there) and Oklahoma are closed, and one would expect him to win those along with the caucuses in Alaska and Wyoming. Can Rubio win any of those? I doubt it, and yet he’s still likely to be seen as the Anti-Trump candidate with the best chance to win.

This is the craziest GOP primary in modern times, and it can’t be explained. It has shown how completely broken the Republican Party is, and how much damage Obama has done to the American people. But this is what one can expect in a country in decline.