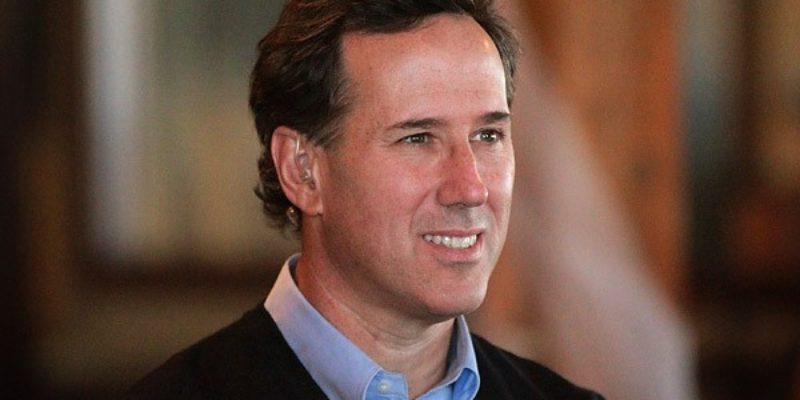 Note of disclosure: The writer of this column had served as Rick Santorum’s state political director in his 2012 presidential race.

And for a candidate who was a statistical asterisk for most of the pre-Iowa caucus polling before breaking out and pushing eventual Republican presidential nominee Mitt Romney to the limit, Santorum hustled hard in his second presidential bid.

After all, the GOP has traditionally nominated a previous runner up for president (five of the past six nominees shared this distinction).

Unfortunately for Santorum, while history was on his side, reality and the political landscape were not.

Santorum rose in 2012 because he was the only conservative alternative to the ideologically androgynous Romney in the aftermath of Herman Cain, Rick Perry and Michele Bachmann’s meltdowns and the Newt Gingrich beatdown courtesy of Romney’s super pac.

Come December, Evangelicals needed a candidate and Team Santorum had shrewdly not blown their wad on the Ames Straw Poll.

Like the industrious ant from Aesop’s fable, Santorum conserved his resources for the winter when the real votes were cast in contrast to the political grasshoppers who wore themselves out trying to leap over each other in the meaningless preliminary polls.

Santorum 1.0 was a stand in candidate for frustrated conservatives. Most of his supporters never bought into him and had no intention of coming back for the sequel, especially when fresh conservative faces such as Ted Cruz, Rand Paul and Marco Rubio populated the field of 2016 candidates.

But when one comes a few media flubs and a handful of percentage points away from knocking out Romney in the Michigan primary, it’s hard to simply walk away from a follow up presidential run.

Santorum had to see it for himself.

On the eve of the Iowa caucuses, Santorum held his final town hall meeting at an Urbandale location of Pizza Ranch, an Iowa pizza chain that was synonymous with his candidacy because they have meeting rooms that organizations can use at no cost, which for the cash strapped Santorum campaign was a venue of opportunity and necessity.

And though it was not his last campaign appearance, it served as a fitting location for what was essentially his close out.

Since 2011, Santorum had visited 120 out of 180 Pizza Ranch locations and held over 700 town hall meetings in the Hawkeye State.

Beyond being his last town hall meeting, there is another reason why I took a break from covering the leading candidates to drop in on Santorum’s low key event.

On the other side of the interstate overpass was Legends restaurant, where my involvement with Santorum’s 2012 presidential bid began.

I went to the restaurant to personally drop off a campaign donation to Santorum, who was making a campaign stop there. Just as I went to hand him my check, a young angry gay activist hurled a handful of glitter at Santorum and shouted  “Stop the hate! Taste the rainbow!”, that being the radical homosexual equivalent of Sic Semper Tyrannis.

That moment was a reminder of how unhinged and ugly the left is, which further confirmed my decision to support Santorum.

Joining Santorum at his Pizza Ranch close out was popular Iowa US Senator Chuck Grassley, who did not endorse anyone but made a point of appearing with all the candidates at some point to thank them for spending time in the state and protecting Iowa’s leadoff status. Grassley had very kind words for Santorum, praising him for courageous stands in the US Senate, even those that were considered uncomfortably controversial at the time.

Managers from the Pizza Ranch presented Santorum with official restaurant gear in recognition for having held hundreds of campaign events at the family oriented eating establishment.

Though Santorum was still cajoling people to rally to his candidacy and proceeded to field presidential policy questions from the four dozen or so supporters and media gathered in the party room, you could sense that Santorum was striving hard to contain the sentimentality of the moment, which was not lost on any of his supporters present.

There were two topics that set Santorum off and he fully bared his frustration: the fairness of the media coverage and how the debates were handled.

Initially Santorum gave a pass to the networks for their Trump obsession, conceding that television is a business and if Donald Trump boosted ratings/profits, then he could hardly fault them for spending so much time on the billionaire.

However, Santorum lambasted Fox News for ignoring his candidacy and television host Bill O’Reilly by name for not inviting him on his show over the past five years, even after it was revealed that Santorum was singled out as a “Catholic Crusader” by an ISIS publication for his comments criticizing the group.

As the meeting drew to a close, Santorum personally visited with his supporters, some had stood by him since the 2% days of 2011 and remained by his side during the 1% days of 2016.

Though his White House dreams would definitively sputter out the next evening, finishing 11th in the Iowa caucuses, Santorum can at least take some solace in that his 2012 run proved that the party establishment could be effectively challenged.

Furthermore, it likely served notice that despite the familial connections and bankroll that Jeb Bush was not the inevitable nominee. Many good potential candidates shied away from running for president because they did not think the party establishment could be challenged. Santorum changed that in 2012.

And for that service, conservatives owe Rick Santorum a great deal of thanks.

Interested in more national news? We've got you covered! See More National News
Previous Article BRIGGS: Something’s Got To Give!
Next Article VIDEO: If You Don’t Love This Ad, You Don’t Know Politics At All