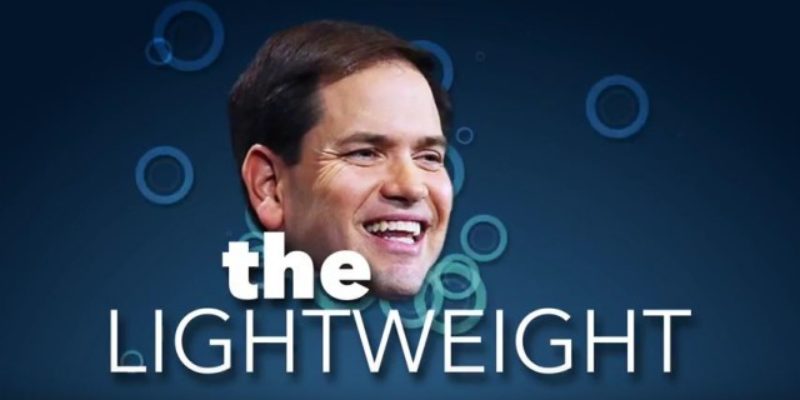 Our buddy Rick Shaftan just forwarded us the latest spot that his messaging shop has put together for the pro-Ted Cruz Courageous Conservatives PAC, and it’s really something.

It frames the GOP race for the folks in New Hampshire as a three-way contest – with Marco Rubio as the lightweight, Donald Trump as the deadweight and Cruz as the heavyweight.

And its critique of Rubio and Trump – namely, that while Rubio is likable he doesn’t have a whole lot of accomplishments on his resume signifying his fitness to be president (Rubio probably has more than the ad gives him credit for, but the fact is the most prominent legislative endeavor with which he’s associated is the Gang of Eight bill) and Trump has never really done much of anything to prove he’s the conservative he says he is and is now glomming on to his supposed conservatism in order to get himself elected, Cruz is the leader conservatives have been waiting for since Reagan.

And it presents that basic point in a snappy, fast-moving, entertaining and unmistakably clear fashion. This is what a good political ad needs to look like. Get in, give the folks your message in a way they can understand, and with fun imagery that doesn’t bore them or come off as pretentious, and then get out.

We love it. If it was an ad for somebody other than Cruz, we’d still love it. It’s too bad this isn’t the standard for GOP messaging.