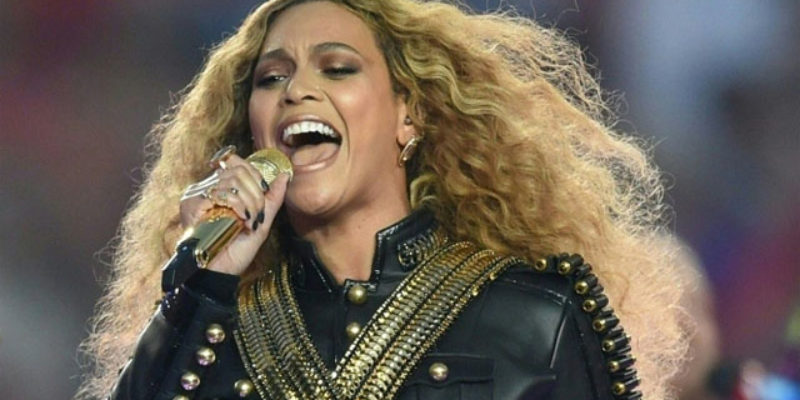 The Super Bowl last Sunday once again drew a massive television audience, although slightly lower than record set for last year’s game. For many non-football fans, the highlight of the telecast is the halftime show. After the controversy of Janet Jackson’s “wardrobe malfunction” in 2004, the NFL started booking legendary rock performers like Paul McCartney to perform at halftime.

Unfortunately, in recent years, the trend has been to feature the hottest music stars of today. Thus, for Super Bowl 50, the NFL decided to showcase the band Coldplay and pop stars Bruno Mars and Beyoncé. There must be limited talent in today’s music industry, for the NFL brought back two performers, Beyoncé and Bruno Mars, who had recently performed during Super Bowl halftime shows.

While the repeat performances were unusual, that was not the real problem with this year’s show. In contrast to Coldplay and Bruno Mars who were generally given positive reviews, Beyoncé’s performance was panned by many outraged viewers, including police officers.

For the show, Beyoncé and her backup dancers were dressed in militant outfits that paid homage to the Black Panthers movement, which sold drugs and engaged in criminal behavior such as extortion to finance a radical agenda. The group was also linked to numerous murders and was labeled by FBI Director J. Edgar Hoover to be “the greatest threat to internal security in the country.” One of the popular slogans of the Black Panther members was the disgusting chant, “The revolution has come. It’s time to pick up the guns, off the pigs.” It is little wonder that police officers were not amused by Beyoncé’s stunt.

During the Super Bowl performance, the group also formed the letter “X” on the field to honor the late Civil Rights Activist Malcolm “X” who promoted racial separatism and preached a message of violence in contrast to the peaceful tactics of the Rev. Martin Luther King, Jr.

This controversial theme generated a storm of criticism, including a protest planned for Tuesday February 16 at NFL headquarters in New York City. Obviously, the NFL knew of Beyoncé’s performance and approved of it, even though it was totally inappropriate for a Super Bowl halftime show. It was quite a contrast from the patriotic and widely praised pregame entertainment, which included a rousing National Anthem sung by Lady Gaga.

It is unfortunate that the NFL highlighted an entertainer who promoted both racial divisiveness and criticism of police officers. In Beyoncé’s new music video there is a scene showing a hoodie clad African American youngster being confronted by obviously evil police officers as the words “stop shooting us” are displayed in the background.

This was too much for former New York Mayor Rudy Giuliani, who called her performance “outrageous.” He said that Beyoncé used it “as a platform to attack police officers who are the people who protect her and protect us and keep us alive.” He also blasted the NFL’s decision to allow Beyoncé’s act to appear in the halftime show. According to Giuliani, “if you’re going to have entertainment, let’s have decent, wholesome entertainment.”

Exactly, Mr. Mayor! Beyoncé’s theme was anything but wholesome. She wore military attire with fake bullets attached to her outfit. To make matters worse, her dancers were pictured with Beyoncé’s mother with their fists raised in the air in a “Black Power” salute.

In fact, some commentators noted that Beyoncé’s performance was also a tribute to the radical activists of the Black Lives Matter movement, which formed after the acquittal of George Zimmerman in the shooting death of African American teenager Trayvon Martin. One leader of the movement gushed that Beyoncé used “artistry to advance social justice.” In reality, it was not art, but a political statement. Sadly, the NFL promoted both a leftist political agenda and racial divisiveness by allowing Beyoncé to appear on the halftime show.

It is the last thing Americans should be exposed to when they are just trying to watch a football game on television. While this might not have been a “wardrobe malfunction,” it was a decency malfunction and the NFL should be ashamed.