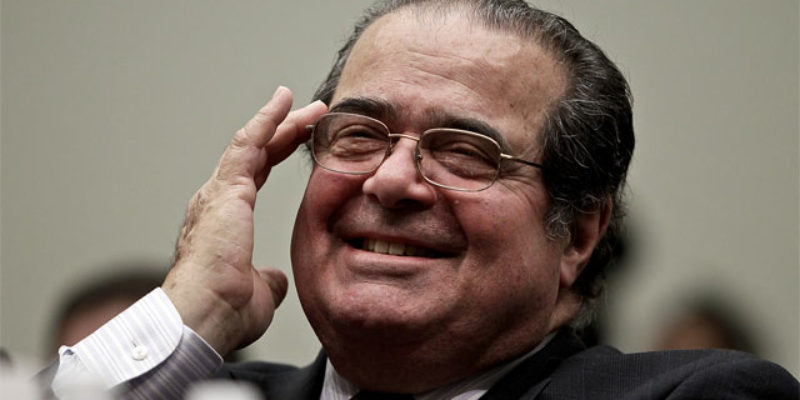 Editor’s Note: A guest post by Roger Villere, Chairman of the Republican Party of Louisiana and Republican National Committee Vice-Chairman

I was deeply saddened to learn that US Supreme Court Associate Justice Antonin Scalia has passed away. He was one of the greatest Americans of any generation. Please join me in keeping Justice Scalia’s wife, Maureen, and their nine children in prayer.

I enjoyed being with Justice Scalia last month at my high school, Rummel High, in Metairie, Louisiana, and I will always remember this great conservative.

During America’s 240 years, we have faced many serious situations, but few as dangerous as this one. If President Obama appoints, and the United States Senate confirms, a justice who is committed to invalidating the US Constitution, we could see the fundamental transformation of this country that Mr. Obama envisions. The effects would certainly be far-reaching and could possibly change the nature of our government. At first glance, the upcoming nomination to fill this vacancy appears to be the most important in American history.

Fortunately, the Founders provided a remedy to protect the republic from such a threat. Confirmation by the US Senate is required for a new justice to serve.

I believe that the Republican majority in the US Senate must refuse to confirm any nominee that President Obama presents and allow our new president to offer a nomination after the inauguration in January 2017. This way, the American people will have a voice in picking what will be the deciding vote on the Supreme Court.

I urge all Republican voters to call their US Senators and urge them to refuse to confirm any Obama nominee for the Supreme Court and allow the American people to have a voice in this pivotal matter.