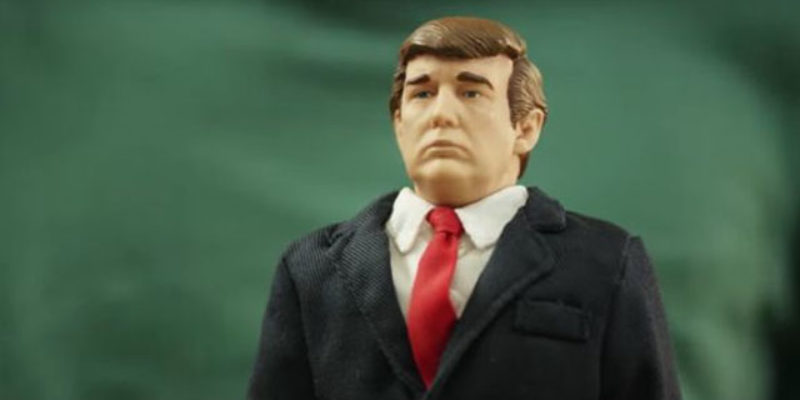 This is getting a lot of play today, as it was just released. It’s a shot at Donald Trump making fun of him on donations to Democrats and the eminent domain/Vera Coking story.

And it’s probably the way to go if you’re going to take Trump down – you’ve got to use humor and make him a figure of fun to such a large extent that he can no longer be taken seriously.

Because at the end of the day, Trump isn’t really a serious candidate. He fits the times perfectly because America isn’t an overly serious country at present – which is why Trump can offer sentiments as stand-ins for policy proposals and drop F-bombs on the campaign trail and not cost himself votes.

It’s worth noting that even in New Hampshire, where non-Republicans made up half the Republican primary electorate, some 64 percent of the vote went against Trump. If somebody were able to consolidate that 64 percent Trump is finished.

And with Chris Christie and Carly Fiorina getting out of the race that job becomes a little easier. Trump could well end up picking up some of the orphaned Christie and Fiorina vote, but the guess here is most of it goes somewhere else – if it were to go to Trump it would already be with him.

So whoever is most effective in messaging against Trump has the inside track on getting the some 60 percent of the GOP voters who see Trump negatively aboard his campaign. Obviously Cruz is aiming for that to be him.

He’s got to show that he’s the guy who can beat Trump. Since he’s already done it in Iowa he has some ammunition behind that argument. And if he can make himself a more entertaining candidate than Trump it might be enough to win.