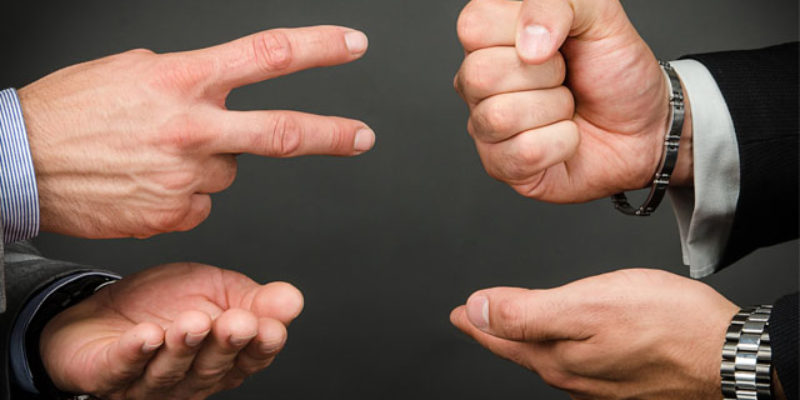 At my other stomping grounds, Paul Kengor has a quite interesting suggestion informed by a perception that everybody seems to be coming around to…

Either way, with too many Republicans in the race, the Donald is top dog until the number of legitimate GOP candidates narrows. It will remain this way, with Trump winning race after race, until the politically dead Republicans in the race prove they’re not brain-dead and pull the plug on their futile campaigns—as Jeb Bush, God bless him, smartly did on Saturday. The Republican race has been and remains a three-man race between Trump, Ted Cruz, and Marco Rubio. Nobody but one of those three will win the crown. Jeb Bush grasped that, and now John Kasich and Ben Carson need to as well. I’m concerned they will not. (Kasich is still living off the false hope of 16% in New Hampshire, handed to him compliments of Captain Destruction, a.k.a., Chris Christie, elector of Democratic presidents, blowing up Rubio there, before quietly retiring back to New Jersey.)

An NBC/Wall Street Journal survey last week showed Cruz and Rubio both overwhelmingly taking Republican voters in head-to-head contests with Trump. Each gets around 57%, with Trump—the supposed juggernaut—about 40%. (Rubio takes Trump 57-41% and Cruz takes him 56-40%.) This is no surprise. Trump caps out at 40%, with (amazingly) an even higher unlikability percentage, which is why he would lose the general election and hand the nation to Hillary Clinton in November. That is the disastrous course America is set upon, and it means that Cruz and Rubio (absent Kasich and Carson not leaving) need to make a big move, taking an action they should be planning anyway: They need to come together on the same ticket, pooling their support.

I have been making the case for such a Republican super-ticket for some time.

Kengor goes through all the benefits of a Cruz-Rubio ticket, or a Rubio-Cruz ticket, and they’re many. It would be the most conservative ticket the GOP has ever run, it would play hell with the Democrats’ identity-politics strategy, it would draw an extreme contrast, and an advantageous one, with the aged Democrat nominee and it would refire the emphasis on the American Dream, since both men embody it.

And marrying Cruz, who represents the conservative base which has been so long ignored by the party’s muckety-mucks, with Rubio who represents, Gang of Eight aside, the best of the GOP establishment, would represent a unity ticket on terms the East Coast money, which has given us the Bushes, John McCain and Mitt Romney, does not set.

But who gets the top of the ticket? Kengor offers the obvious answer…

Alas, should it be a Cruz-Rubio ticket or Rubio-Cruz? Who’s at the top of the ticket? Resolving that is fairly simple (math again): It depends on which of the two ends up with more primary votes.

There’s an obvious follow-up question to that, though – “ends up with more primary votes” when? Not at the end of the primary process, because at this rate with Cruz and Rubio both in the race they’re going to cancel each other out and allow Trump to win the nomination before we even get to Cleveland for the convention.

The prudent call would be that Cruz and Rubio would need to decide which of the two would be the senior partner in Kengor’s conglomeration before March 15, and then pool their resources from there. Who gets the upper hand?

It’s likely that would be Cruz, who appears to lead Rubio in almost all of the Super Tuesday states and will likely win a number of them. The question is whether Rubio, as he picks up Jeb Bush’s donors, won’t be better set up for the back end of the process where the flavor of Republican voters becomes a bit more moderate.

Cruz, however, has money and Rubio does not. He has to re-raise with those new donors, but if he gets popped on Super Tuesday with a succession of third-place finishes it’s likely going to be time for him to get out and support Cruz – whether in exchange for the VP slot or not.

On the other hand, Cruz’ campaign ran into some major problems in South Carolina and if he’s going to go forward he’s got to recalibrate a number of things. First, he’s marketing himself ineffectively – running as the Holy Roller of the field produced decent results in Iowa but seriously diminishing returns in South Carolina; he lost evangelicals to Trump, 34-26. I’m doing a piece for TAS that should be out tomorrow about how the religious right is waking up to the magnitude of its losses in the culture wars in this country over the past two generations and now believes one of their own can’t win, and they’re looking for a protector rather than a champion. Cruz puts himself out there as a champion and found out that in South Carolina it didn’t work.

Unless he’s able to recast himself not as the social conservative champion but as the constitutionalist who will get the federal government off everyone’s back and reverse the damage it’s done, his appeal won’t carry him much past March 5, when Louisiana, Kansas, Kentucky and Maine take place (Louisiana will be a closed primary, while the other three are caucuses, and Cruz could conceivably win two or three of the four). Beyond then Cruz is likely to have a lot more third-place finishes than second-place finishes, and by the time you get to March 15 when the primaries are winner-take-all it won’t matter much what level of also-ran you are.

So Cruz would be in a position to serve as a spoiler for Rubio’s rise through the later rounds, just as Rubio is serving as a spoiler for Cruz in the early states. After all, if one was running with the support of the other you’d be looking at a 44.8-32.5 pounding of Trump in South Carolina, coming off a 52-26 wipeout of Trump in Iowa (Trump would have won New Hampshire).

It’s difficult to make a convincing argument for one rather than the other as the senior man in this partnership, which is one reason why Kengor is correct that it could be a powerhouse of a ticket.

And because it’s so difficult, as things stand neither one will budge – and in fact, they’re likely to tear each other apart trying for a quick knockout. That nastiness is going to damage the winner even if there is some chance the cage match is decided in time to beat Trump.

So somebody is going to have to take one for the team. How to identify that man?

A coin flip is too prosaic. Besides, there’s no skill involved in calling heads or tails.

Rock-paper-scissors, though, is a different story. Skill, strategy and psychology are all crucial to success. And for a pair of smart guys like Cruz and Rubio, it might just be the thing.

Either way, there has to be a resolution between these two that doesn’t involve political destruction, because the other candidates beating each other up and canceling each other out is how Trump has managed to become the frontrunner despite two-thirds of the electorate rejecting him. And a friendly competition outside of the political realm might be the only way to get that resolution.

You might think this is a dopey idea. Fine. I’m open to better ones.