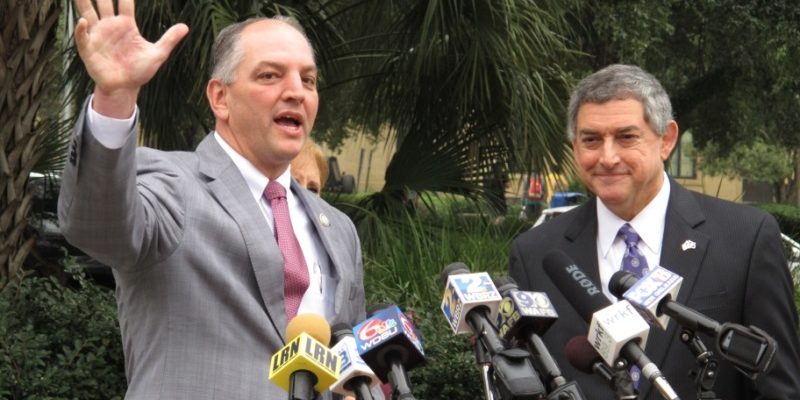 Commission of Administration Jay Dardenne and Gov. John Bel Edwards are certainly following that motto this year when it comes to solving the state’s enormous fiscal disaster.

Dardenne said today that his lucrative executive salary (set by Edwards) will remain at a whopping $$237,500, which is a more than $33,000 increase. Dardenne actually defended his salary, saying that it is what Edwards promised him when he offered him the job.

But, no worries! Dardenne is cutting $400,000 in executive pay salaries out of his agency’s budget.

As it turns out, though, Edwards will not only be keeping those salaries at “exorbitant” levels, but he has actually increased some of those salaries that he once criticized.

• Children and Family Services secretary: Paid $129,995 by Jindal; not hired yet by Edwards.

• Natural Resources secretary: Paid $129,210 by Jindal; not hired yet by Edwards.