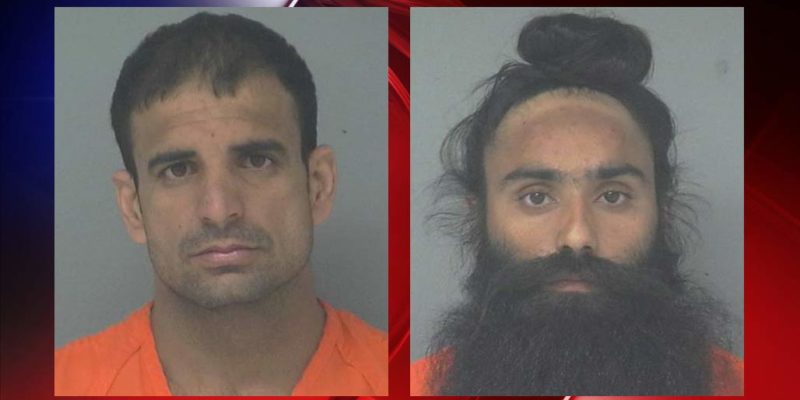 A bomb threat in Texas by two Muslim men is being wildly downplayed, not only by authorities, but also by the media.

While a Greyhound bus was passing through Amarillo, Texas yesterday, passengers apparently heard two Muslim men on the bus, identified as 30 year-old Singh Daljeet and 34 year-old Mohammed Atif Chotri, discussing a bomb on the bus and immediately notified the driver of the bus.

Once pulling over to the road, the local authorities arrived and vacated everyone off the bus, while taking the two men into custody. Authorities never found discovered a bomb on the bus.

Today, when the names were released of Daljeet and Chotri, the FBI also announced that the two had been released from their Terroristic Threat charges.

However, just like the media has largely ignored the Islamic terror threat, authorities could ignore the immigration detainer.

In an exclusive report by the Hayride last month, immigration data found that a multitude of Texas and Louisiana counties and parishes have track records of simply ignoring immigration detainers on alleged criminals.

Altogether, 11 Louisiana parishes have a history of not working with federal immigration authorities when it comes to an individual suspected of a crime who is also not a citizen of the country.

The only component keeping these Louisiana parishes (with the exception of Orleans Parish) from being official ‘sanctuary cities’ for illegal immigrants is that they do not have official local policies which make it more difficult for local law enforcement to work with immigration officials on criminal illegal immigration issues.

It is hardly a coincidence that the terror threat occurred in Amarillo, Texas. The area has become a federal government, refugee dumping ground, where Muslim refugees are relocated with the help of charities unbeknownst to state government.
Interested in more national news? We've got you covered! See More National News
Previous Article BAYHAM: Bye, Jeb
Next Article If You Want To Beat Donald Trump, You Have To Take Him On