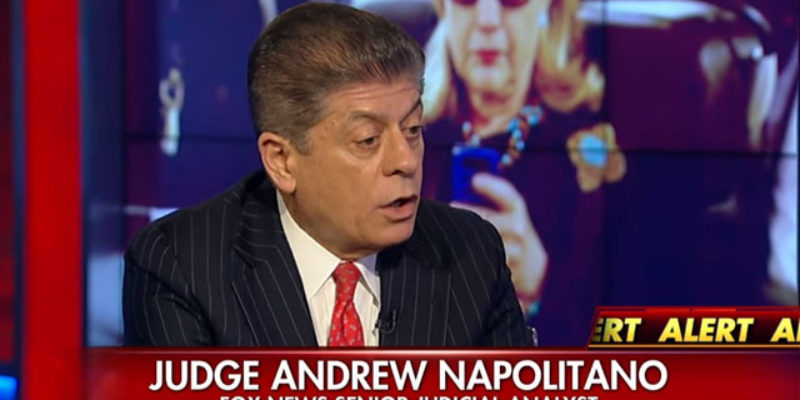 Meaning that in classic prosecutorial fashion, the Hillary minions – Phillippe Reines, Huma Abedin, Cheryl Mills, Patrick Kennedy, Josh Sullivan – could be put in a position that would incentivize them to roll over on her.

Why? Because the Top Secret classified info, and worse, that showed up on her unsecured private e-mail server couldn’t have gotten there without the active, deliberate efforts of those aides or someone under them who had procured the information from classified vehicles that are physically separate and unconnected to non-classified servers, and then copied the material to non-classified servers which could communicate with Hillary’s private server.

There is no way those minions, or the people they ordered around, could have done that and not known it was illegal to be doing it.

This is as close to a criminal enterprise as you can get, and the indictments are likely to start flying – soon. Napolitano goes through the implications of what’s coming, and it’s well worth a look.