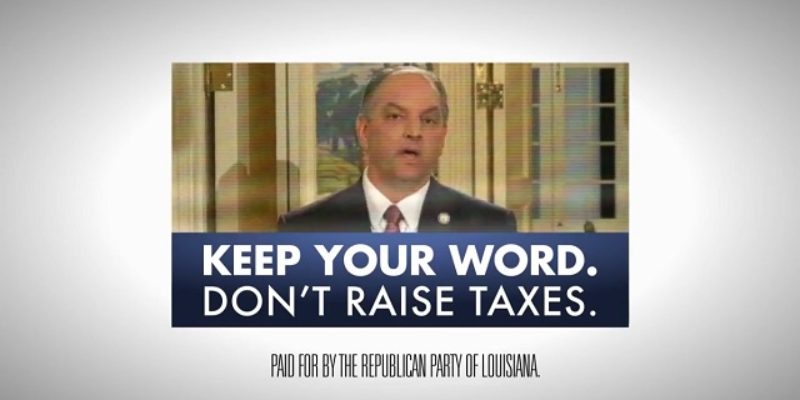 The Louisiana Republican Party just released a new 30 second ad set to air statewide blasting Governor Honor Code on raising taxes. John Bel Edwards during the campaign promised that he wouldn’t raise taxes but instead he would grow the economy.

The LA GOP torches John Bel in the most effective way. They simply use his own words against him.

The ad will put pressure on legislators to buck John Bel again. We’ll see how effective it is.

Interested in more news from Louisiana? We've got you covered! See More Louisiana News
Previous Article WAGUESPACK: The Speech Not Given
Next Article The Low Popahirum, February 16, 2016