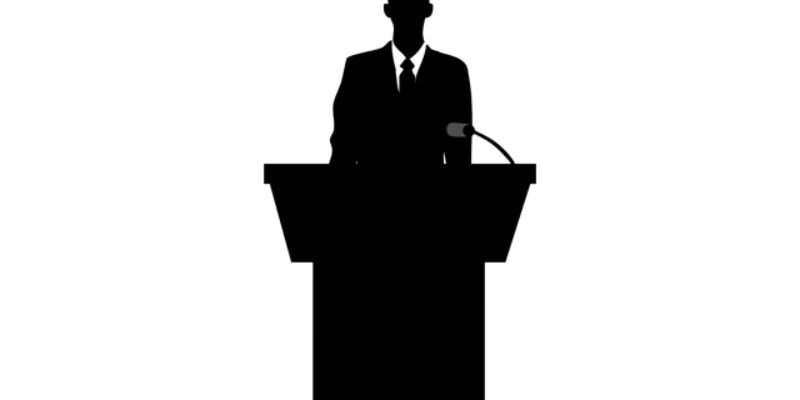 Last week was a noteworthy week.

For likely the first time in our state’s history, the Governor delivered a state of the state address to the people of Louisiana to discuss the government’s budget shortfall.  Immediately thereafter, the state treasurer responded to those comments and offered different ideas on how best to address this challenge.  It was a pretty rare moment to have that scene play out in living rooms across the state, but all the while, all I could think about was the speech not being given that night.

While two elected officials spoke about different ways to fund government, no one spoke on behalf of the hard working taxpayers of Louisiana.  If they had, that speech probably would have sounded a lot different.  In fact, it may have sounded something like this:

Hello, my name is John Q. Taxpayer and I appreciate the opportunity to speak to you tonight.

“Louisiana’s economy has slipped into a state recession and it has come on pretty quickly.”  Those were the comments made by well known state economist Greg Albrecht last week at the meeting of the Revenue Estimating Conference to illustrate just how dramatic is the challenge facing taxpayers in Louisiana.

Fellow state economist Manfred Dix added that there is simply “weakness in the economy everywhere” and he is seeing a “significant deceleration of employment creation” in the state.  Collections on personal income, corporate income, and sales tax are down across the state.  Christmas sales taxes were down 8.1 percent this year.  No matter how you look at it, times are tight for taxpayers in the real world.

Since last year, Louisiana has lost at least 11,000 jobs, with 10,000 of those being in the oil and gas sector alone.  That’s 20 percent of our energy workforce.  And experts say this may just be the beginning.

Last month, an energy market analyst from Morgan Stanley said, “the current oil price downturn is now deeper and longer than any other downturn over the last 45 years.”

For those of us that remember all too well the hardships that dominated the 1980s in Louisiana, these experts are only reinforcing what we have begun to feel in our bones.  Tough economic times are here and they are about to get worse.

And for those that cannot remember the 1980’s, they may recall last year when the Legislative session resulted in over $700 million in new taxes that fell largely on the business community.  The result:  More governmental deficits this year and an economy that has slipped into a recession.

Perhaps there is a better way.  Cut government spending. This is not an option; it is a mandate.  Fix our budget process to cut back the dedications that keep non-protected areas like higher education on an island.  Reform programs like Medicaid, governmental pensions, civil service protections and our prison system this year to stop the continuing erosion of the tax dollars we give to government each year.

Government can threaten to take away TOPS from taxpayers, but you know that’s not going to happen.  They can threaten to take away college football too, but that just insults our intelligence.  Instead of threats, why not just tell us why the budget as proposed is in the red while it is roughly $1 billion dollars larger than last year?  Does the drastic spike in proposed Medicaid spending this year as compared to last year have anything to do with it?

Before resorting to threats on taxpayers, did anyone in government take a hard look in the mirror?

Were cuts to local government subsidies considered?  Were state agencies asked to shrink their workforce? Were the numerous boards and commissions in Louisiana with overlapping jurisdiction told to consolidate?

Our employers pay 70 percent of the combined taxes in this state.  They are desperately trying to keep their doors open and their employees on the payroll.  They should be commended for that investment in any year, but especially in the middle of a rapidly escalating recession. We want our people to have jobs, not be dependent on government programs. That is bad for the state budget, but even worse for the quality of life of our people.

Make job creation, not government protection, the priority. We should invest in those government services that prioritize a vibrant, healthy economy and curtail those that don’t.

Much of the private sector has shrunk in the new global economy and performance now drives investment in the real world.  Our file cabinets that became our computers have now become the phones in our pocket. Massive governmental agencies and programs need to also evolve and modernize.  Their battleship approaches are the way of the past, not the future.

We in the private sector are proudly fighting every day without a safety net.  We are going to make it because of hard work and a deep love for Louisiana.  We have evolved and will continue to do so as the years go by.  It is time for government to embrace that same philosophy and get with the program.

This is not a threat, just the facts.  We’ll leave the threat-making to others.