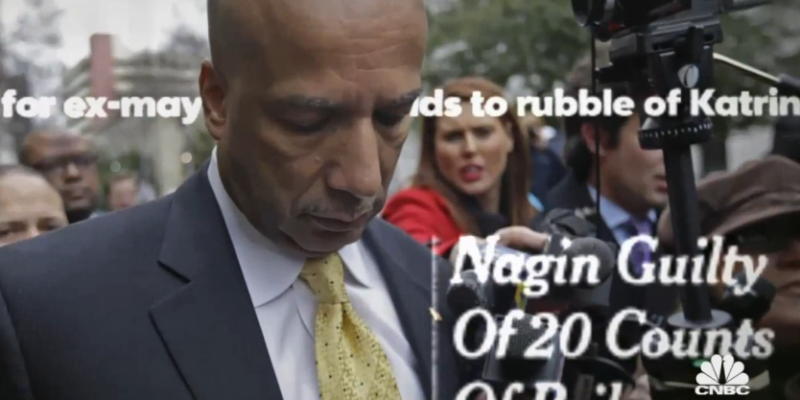 Former New Orleans Mayor Ray Nagin is about to become a television star, but not in the light that he probably hoped for.

CNBC’s “American Greed” is set to kick off its new season on Thursday, March 31 at 9pm with an entire episode dedicated to the corruption behind Nagin during his tenure as the city’s mayor, according to NOLA.com

The episode is titled “Ray Nagin: New Orleans Shakedown” and will feature how Nagin got involved with bribery and exploiting the tragedy of Hurricane Katrina for personal wealth.

“As billions of dollars begin to flow in for rebuilding,” the narrator of the trailer for the episode says. “Nagin’s anti-corruption ideals seem to wash away like the flood waters – and the mayor sells out the citizens of the Crescent City for little more than $500,000 in luxury trips, services and cash.”

Check out the trailer for yourself here: