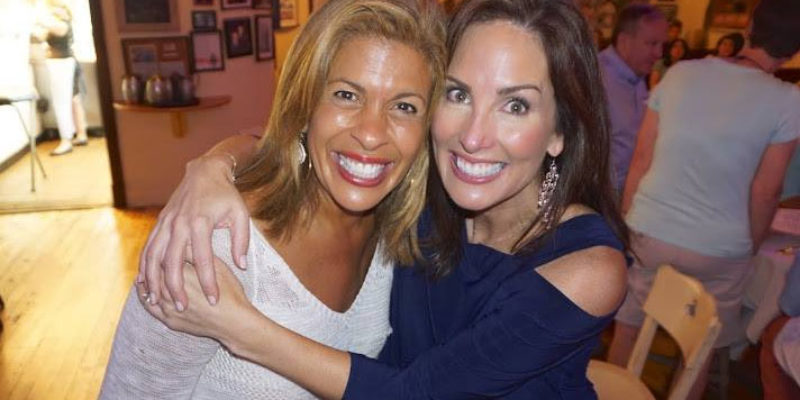 A group of entitled Tulane University students caused an uproar when the Hayride first reported a petition online by soon-to-be Tulane graduates who claimed NBC’s Today Show Host and famed former New Orleans reporter Hoda Kotb was not good enough for them as their 2016 Spring commencement speaker.

Now, Kotb has responded to those students.

The petition said Tulane students “deserve better” than Kotb, claiming that all she does is sip “wine on talk shows” and discuss “which dog breed is trendiest in 2016.” The petition conveniently left out Kotb’s glowing and well-respected career as a former WWL-TV report and NBC News correspondent where she covered wars and foreign affairs.

Following the Hayride report, and all the backlash to the petition that came with it, the petition went defunct and ultimately removed from online.

In a report today by Kotb’s former employer, WWL-TV, Kotb responded to the group of “deserving” Tulane students, telling the news station this:

And if Kotb’s response to the upset students wasn’t epic enough, here is what her close friend and former colleague WWL News Anchor Karen Swensen had to say via her Facebook page:

I’d like to make it perfectly clear that this is not directed against Tulane. My husband has a Tulane degree and I would be thrilled if my little girl someday had one, too. I **know** that the university is 100 percent behind Hoda, but since the petition, as small as it was, has gone viral, I couldn’t not address it.

As an American and a journalist, I am inherently protective of the First Amendment. I would defend anyone’s right to speak her mind, even to spew drivel, but I do not have to remain silent about it. I will not today.

A minuscule fraction of Tulane students and apparently a few parents have taken issue with the selection of Hoda Kotb as Tulane’s commencement speaker. Were it not for social media, their comments would have largely fallen on deaf ears. However, since a digital platform is one which requires no invitation, the voice of a very few can scream ignorance online and then echo in every retweet or share.

Enough is enough. Deserve better? Better doesn’t exist. You have undoubtedly already read about Hoda’s professional accomplishments—how she’s earned the top awards in the industry: Emmys, Peabodys, Murrows, and DuPonts. She’s earned them all. She’s covered the biggest stories of the last quarter century and not from the sidelines, but in the field—9/11, the invasion of Iraq, Katrina. Oh, Katrina. No one shared the plight of New Orleans on the national stage like she did. It was more than a story. It was personal.

It’s always personal. That’s what sets her apart. In a world in which we can remain increasingly comfortably detached, Hoda refuses to put up barriers and instead ENGAGES at every turn. If the interview takes her to an uncomfortable place, she’ll share a tear rather than shift the conversation; if someone needs a hug, she’s give him one; if the man on the plane needs to be heard, she’ll listen, really listen, and then write a book about him. If you have ever watched Hoda’s stories, seen her interviews or read her books you know this.

Here’s what you don’t know. When Hoda was in New Orleans and covered a story about some beautiful underprivileged children living in the Desire Housing Development, she didn’t just shed much-needed light on their plight, she befriended them. She forged a relationship with them, quietly mentored them, and on Christmas Eve, I remember walking to their home with presents she had wrapped for them. She left them on the doorstep. The doorstep. When assigned a story to cover the violence in the early 90’s, she didn’t talk stats, she found the people most impacted by them. She spent hours with the family in the dark, in their home amid the not-too-distant gunfire. And when the news was over, she went back to that home and spent the rest of the night there, learning from them, laughing with them, fearing for them.

Deserve better? Life is about more than status and stature. It’s about challenges and how you cope with them. Hoda knows what it’s like to fight for her life. I’ve seen her with drains protruding from where her breasts once were, I’ve listened to her grill doctors about the pros and cons of chemo, I’ve watched her make enormous sacrifices and life-altering decisions, but what I have NEVER witnessed was her give up or complain. Ever. To the contrary, after what would have knocked most to their knees, Hoda sprouted wings and soared. She flew to the very top of NBC. But make no mistake, Hoda wasn’t given her job at the Today Show; she boldly walked into the top boss’ office and asked for it. Grit. She’s got it.

She also has perspective. And, in my opinion, THAT is why she does the show she loves and we love to watch with Kathie Lee. There’s no news story that Hoda couldn’t cover. Period. But there’s more to life than news. There’s a time to be joyful and embrace the lighthearted side of life, too. This is her time. And I, for one, am grateful, she’s chosen to share it with the rest of us.

Hoda brings such light to so many lives. I remember years ago she drove about 40 miles to attend an elderly viewer’s 90th birthday. Why? They invited her. More recently, during a book signing in January, some young college students mentioned they had driven all the way in from Mississippi to see her. While we were ordering sushi at one restaurant, she was calling the restaurant where she had overheard them say they had reservations and paid for their meal. When little Leah Still could barely lift her head under the weight of chemo, Hoda Facetimed her all weekend long and got a smile out of her every time. As my grandfather lay hooked up to life support, Hoda took a two hour train ride and then walked about two miles to a hospital not to say goodbye to a man who was ready to go but just to give a hug to the rest of us. When my husband, another cancer patient, had surgery in Houston, Hoda didn’t call to see how we were doing. She just showed up unannounced and uninvited knowing full well we would have protested her cross-country visit. On another trip, she flew to Houston for three hours…3 HOURS….just to sit in a waiting room.

Deserve better? There is none. She’s earned everything she’s ever acquired, including the respect of every single peer she’s ever had. She has integrity, grit, unfailing optimism, the most generous soul and the most humble heart. I, for one, hope my daughter, my only child, grows up to be just like her.

A new petition welcome Kotb has since surfaced, saying that Tulane is “happy” and “lucky” to have the Today Show host speak at their commencement ceremony. The petition already has over 500 signatures.