That’s what Rep. Charles Boustany thinks is happening, and he’s raising a stink about it. He’s not alone, either – Boustany is joined by Sens. David Vitter and Bill Cassidy and fellow Reps. Steve Scalise, Garret Graves, Blake Farenthold and Pete Olsen.

From a press release Boustany put out this morning…

Congressman Charles W. Boustany, Jr., MD, (R-Lafayette) sent a letter with his colleagues calling for an official U.S. Government Accountability Office (GAO) investigation into illegal practices by the Bureau of Safety and Environmental Enforcement (BSEE) in the Gulf of Mexico.

BSEE has historically entered into contract agreements with helicopter service providers to obtain helicopter fuel at private offshore refueling sites in order to fulfill its mission of inspecting offshore facilities under lease by the federal government. However, BSEE has allegedly expanded its interpretation of statute in order to simply seize fuel from private contractors who do not wish to enter into fuel sharing agreements with the agency.

Boustany said: “The arrogance of this Administration never ceases to amaze. Now, the Bureau of Safety and Environmental Enforcement is arguing it is entitled to fuel bought by private businesses and intended for use in supporting energy production and job creation.

“This is ridiculous, and it needs to stop. I’m standing with my colleagues to expose the Administration’s illegal behavior. It’s about time we reminded these bureaucrats they work for the American people – not the other way around.”

There was a letter that went along with the release. Here it is… 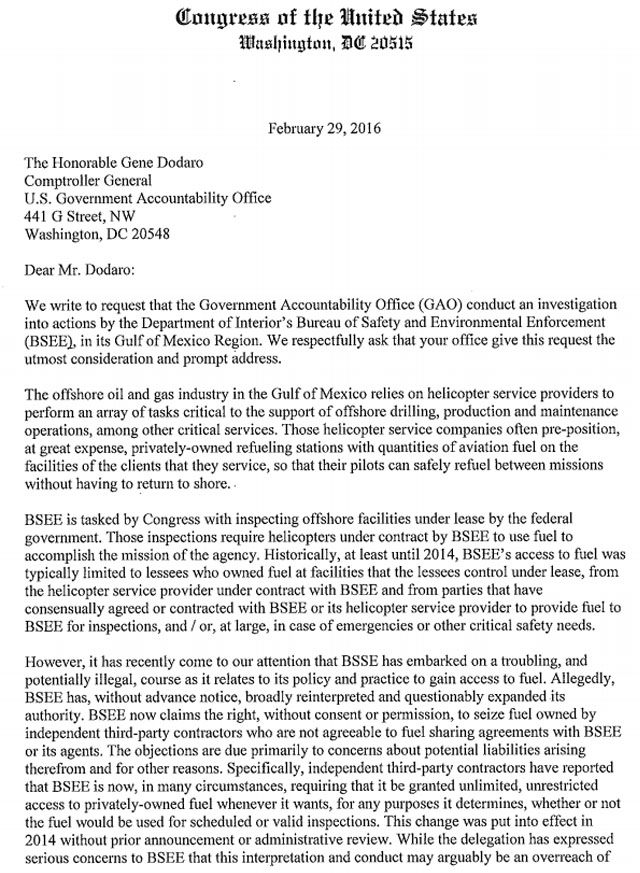 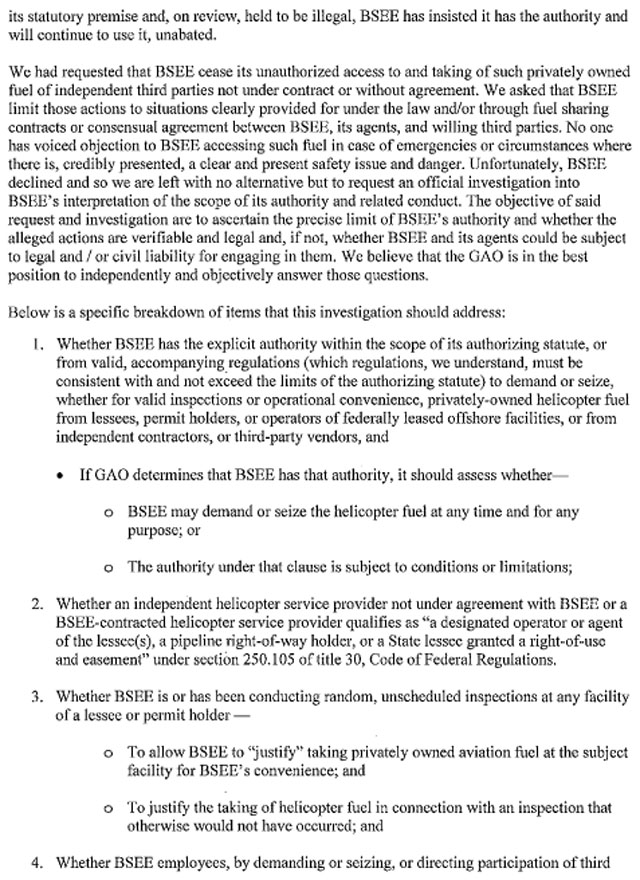 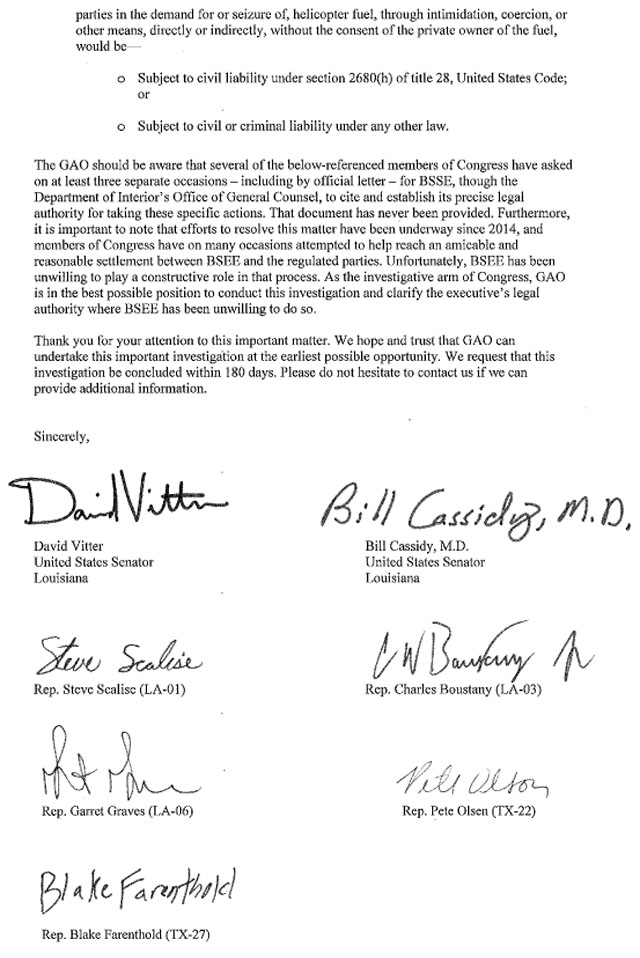