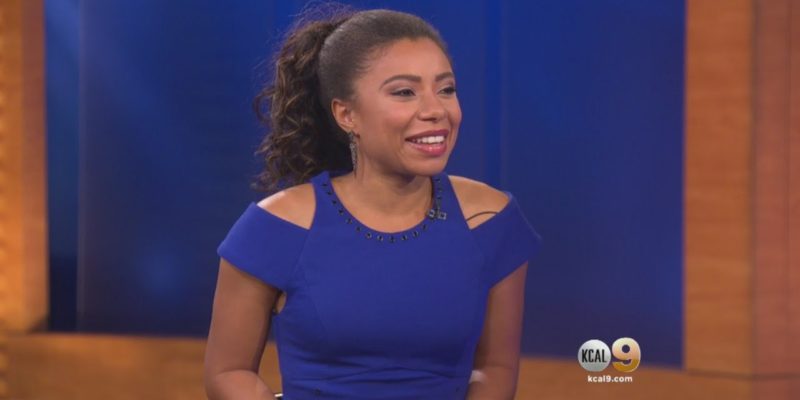 The New Orleans monuments debate has yet to be mentioned by Hollywood left-wingers, until now that is.

“NCIS: New Orleans” star Shalita Grant attacked supporters of four historical monuments in the city and went on to blame them for setting a Lamborghini on fire, even though law enforcement has found no conclusive evidence for that claim.

Grant made the attacks in an interview with Broadly, saying that there is an “underbelly” to the city and the people, tying the remark to the monuments which are set to be removed by the city.

What’s it like being in New Orleans post-Katrina? How does the show acknowledge what happened?
We’re dealing with some of the grit of New Orleans without dealing with the politics, because that’s not what the [NCIS] franchise is about. But it’s hard to do anything in New Orleans and not really talk about what’s happened, and what’s happening. As much as I love New Orleans—the people, the culture, and everything—there is an underbelly. For example, you can go to New Orleans and see these huge monuments for Confederate leaders, you have streets named after them, and it is a city that is overwhelmingly black. Recently, there was a push to get these monuments taken down, and I was really excited about that. For people who are oppressed every day, walking past [a monument of] Jefferson Davis on his horse, with his back long and straight—that says something. That does something. For white people as well, it’s dehumanizing: This is your embodied supremacy; this is your legacy. But that moment was short-lived, because the contracting company that was hired to take the shit down? They got death threats. One guy had his Lamborghini burnt down.

So let me get this straight: Local government is like, “Yeah, take the Confederate monuments down!” They just can’t find someone to physically do the work?
Yeah.

Because those against removing the monuments are using terror? It sounds so much like what the KKK used to do.
But that’s the interesting thing about our country: We are sort of anti-historical. We don’t even want to talk about that shit.

I mean, burning a Lamborghini, burning a cross on a yard—very similar to me.
New Orleans has—the crime is just so crazy. Every day, spectacular shit. But NCIS, it deals with naval stuff, so we’re not really talking about the systems and the people.

This is not the first time pro-monument supporters have been attacked in the media or even by the media.

Last week, the Associated Press ran a story which labeled monument supporters as white, racist bigots who were unwilling to accept change, as the Hayride reported.

Interested in more national news? We've got you covered! See More National News
Previous Article HITHER AND YON: Trump Says He’s Going To Sue The Louisiana GOP For Not Supporting Him
Next Article WAGUESPACK: Providing Choice Is The Best Choice