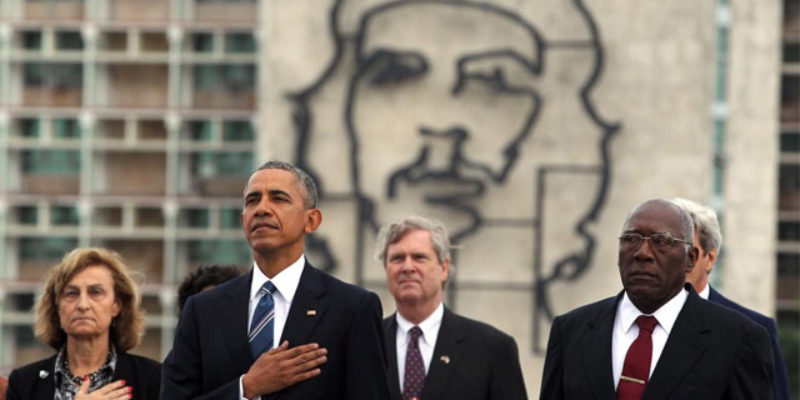 President Obama released 61 drug offenders from Federal prison today. Three of them were from Louisiana.

One of them was Kevin County, a crack dealer from New Orleans. He had been serving a 20 year sentence and was set for release in January 2020. Releasing him in what will likely be April 2016 probably isn’t that big of a deal, considering that the mandatory minimums for crack cocaine have been reduced.

The big one who got released was John E. “Boo” Milton. He was arrested and sentenced to 50 years in prison in 1997.

The Advocate reports on what all Milton has done:

President Barack Obama on Wednesday commuted the 50-year federal prison sentence of a Baton Rouge man accused of being the ringleader of one of the city’s largest crack cocaine distribution rings.

John E. “Boo” Milton III, 50, will be released on July 28 under the president’s order. He has served 19 years of that sentence and is being held at a federal prison in Alabama.

A federal probation officer had estimated that Milton was responsible for bringing 210 pounds of powder and crack cocaine to Baton Rouge from 1992 to 1996, but the judge who sentenced Milton in 1997 said the actual amount surely topped that estimate.

Milton pleaded guilty to conspiracy to possess and distribute powder cocaine and crack cocaine in a deal with prosecutors in exchange for testimony against three co-defendants.

Witnesses at Milton’s 1997 sentencing hearing recounted how he lived in a posh Houston hotel and brazenly sent cocaine shipments back to Baton Rouge even after his March 1996 indictment here. A convicted drug dealer testified Milton drove a Porsche and bought a BMW and diamond-studded gold jewelry with cash.

The late U.S. District Judge Frank Polozola, who sentenced Milton, called the amount of drugs in the case “astonishing.”

Milton then tried to have his plea and sentence overturned but he was unsuccessful. Why was he released? It appears to be a combination of factors.

Another factor is that Milton was working as a prison tutor and got degrees in Christian education and Christian counseling. He seems to have undergone a jailhouse conversion.

Is it a good idea? If Milton doesn’t go back into the drug business or commits other crimes, sure. If he does, then this was a disaster.