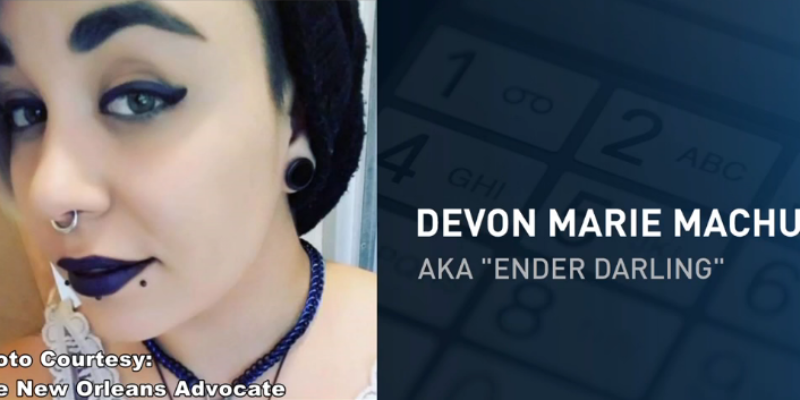 A local New Orleans woman who describes herself as a self-proclaimed ‘witch,’ was caught stealing human body remains at one of the city’s many cemeteries and trying to sell them online for profit.

Devon Marie Machuca who calls herself “Ender Darling,” is a 24 year-old New Orleans resident now under investigation as she was caught stealing at least 13 human bones and three teeth from the city’s Holt Cemetery and then later trying to sell them online.

Since being investigated, Darling has now skipped town to Florida because she claims she is fearful for her life after the news broke about her stealing human body parts.

Darling essentially defended what she was doing to WWL-TV New Orleans, saying in an interview “I’m from New Orleans too and I live there too. I have family members buried in that graveyard too. So ya’ll can stop treating me like some tourist that just came out of f*cking nowhere is what you can do.”

The self-described witch would sometimes post to her Facebook and Tumblr that the human remains could be used for “curse work or general spells.” 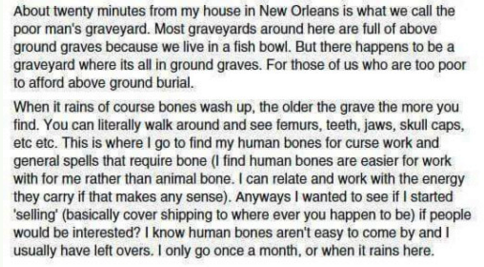