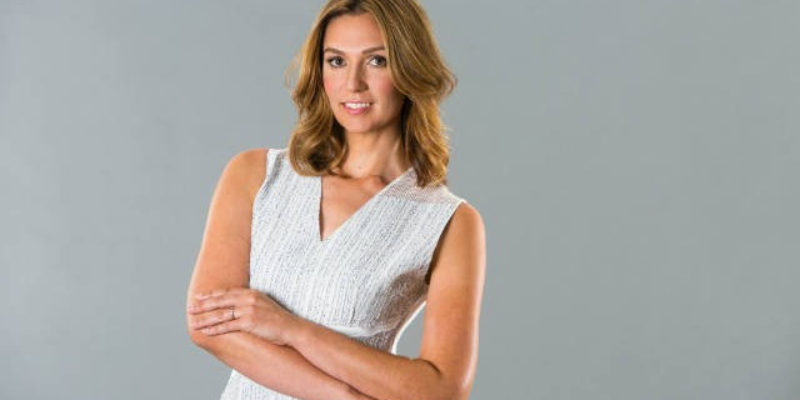 This is painful to watch, but it’s a pretty good exposition of the human costs of low-rent smears in political campaigns.

Amanda Carpenter is a conservative pundit and journalist who spent some time as the communications director for Ted Cruz. During that time she had a friendly relationship, which it wouldn’t be unfair to say was a personal one, with the Senator and his family. That is NOT something that would have been exclusive to Carpenter among Cruz staffers, by the way – in having met and interacted with some of them there seems to have been a great camaraderie there among each other and Cruz, and several of them have left very good jobs elsewhere to join his campaign.

But along came the National Enquirer to deliver a cover story which, while it didn’t name Carpenter as one of the five supposed “mistresses” Cruz accumulated, published a barely-pixelated picture from her bio with a black rectangle over her eyes which could easily be recognizable as Carpenter.

It seems very apparent given Donald Trump’s close relationship with the management at that supermarket tabloid and the fact it was Trump’s political fixer Roger Stone who was the only named source in the article, that Trump had a hand in producing it.

And then Carpenter, who has a job as a talking head on CNN, found herself being accused, on air, last week as a Cruz mistress by Adriana Cohen, a Boston talk radio host and Trump surrogate. Things got even worse when Trump’s social media director Dan Scavino retweeted a weak web video made up of pictures from Carpenter’s social media postings to suggest “proof” of her having had an affair – the smoking gun of which was that Carpenter had a Winston Churchill tattoo on her shoulder just as Cruz had one on his bicep…on April Fool’s Day, 2014. And in the photo of Carpenter with the temporary body art she’s shrugging off what looks like a sportcoat, while the photo of Cruz pulling up his shirtsleeve to reveal the Churchill tattoo has him, unsurprisingly, jacketless.

The implication being that it’s Cruz’ sportcoat Carpenter is wearing, which is awfully weak as proof of an affair goes.

That led to Carpenter, yesterday, taking to Jake Tapper’s show yesterday to issue an affirmative denial that she is the whore the Trump camp is attempting to make her out to be.

At Hot Air, Allahpundit explains perfectly the horrid position this entire thing has put Carpenter in…

There’ll be no vindication for Carpenter because there’s no evidence at all. She’s a young woman, she used to work for Cruz as his communications director, ergo affair. Trump fans searching for “proof” have taken to picking through her Twitter feed and social-media pics looking for anything they can conceivably spin up into an appearance of impropriety. See Patterico for a few examples. (Or see this, which beggars belief.) One involves a tweet she sent the day after the Washington Post’s editorial cartoonist attacked Cruz’s kids, depicting them as organ-grinder monkeys for his campaign. Cruz and his staff were justifiably angry. “Daddy Cruz is coming to get you Washington Post,” Carpenter tweeted. Trumpers found that, tore it out of context, and are citing “Daddy” now as some sort of romantic/sexual term of endearment that Carpenter was using for her boyfriend on the side. Same goes for “matching” Churchill tattoos that Cruz and Carpenter displayed. The date of that was … April 1, 2014, April Fool’s Day. It was an office-wide gag, per Carpenter. To Trumpers, it’s a shared symbol of affection between two lovers. (The tattoo thing is what Scavino tweeted out.) To repeat for the third time this week: You’ll never talk someone out of believing something they really want to believe.

But that doesn’t mean you shouldn’t try. This is a mother of two young kids being called a whore on Twitter morning, noon, and night because she was named in a tabloid story as a politician’s mistress with no proof whatsoever. If the same charge were thrown at Melania or Ivanka Trump with the same amount of evidence, Trump fans would be ready for war with the accuser. Carpenter can’t disprove the claim because no one can disprove an allegation of adultery; no one can substantiate one’s whereabouts at all times. All she can do is subject herself to this and put her side of the story out there, even though the other “side” consists of … nothing. You know what Carpenter’s really guilty of? She’s guilty of partiality to Cruz the politician, which has made her a frequent Trump critic on TV and in print. That’s what she’s paying for here, not any “affair.” The rumor is a pretext to punish her for her real sin, which is being anti-Trump. Watch Tapper, his frustration palpable, in the second clip below press Trump advisor Sarah Huckabee on whether she’s ashamed that a member of Trump’s campaign is pushing this Alinskyite attack on Carpenter. Answer: Nope, not really. It’s “the process” that’s shameful.

And here’s the second Clip Allahpundit references, where Tapper takes Sarah Huckabee to task for the Trump campaign’s spreading this bilge…

Irrelevant talking points about Ben Carson in response to what the Trump campaign is actively doing to Amanda Carpenter, as though Trump is free to act in any way he pleases because Cruz is in his way and he’s decided Cruz is a bad man. Carpenter supports Cruz so there is no punishment too great for her.

And there is a sizable segment of the GOP electorate, National Enquirer Republicans if you want to call them that, who have cheerfully signed on to this kind of behavior.

It’s indefensible. It really is. And when you consider this in context with Trump’s brilliant idea to go after the wives and children of terrorists, and the bizarre reaction of his campaign to the Michelle Fields-Corey Lewandowski fiasco, in which a simple apology by Lewandowski for a minor incident in which he pulled her away from Trump as he was leaving a press conference would have been more than enough to put the issue to bed but instead denials and insults contributed to the campaign manager’s having been charged with misdemeanor assault, the pattern is becoming clear – either you’re with Trump or you’re the enemy and you’re to be destroyed along with those associated with you.

If you’re looking for a reason why so many people have offered so many breathless declarations of outrage toward Trump and made comparisons to Mussolini and Hitler and other authoritarian figures, this is it.

The Republican Party shouldn’t choose as its standard bearer a man so focused on the creation and punishment of enemies. Trump will lose. He deserves to.

Interested in more national news? We've got you covered! See More National News
Previous Article VIDEO: Trump Is Not A Conservative, And He Proved It Beyond Question Last Night
Next Article How Does Zapp’s Drago’s-Style Chargrilled Oyster Potato Chips Sound?