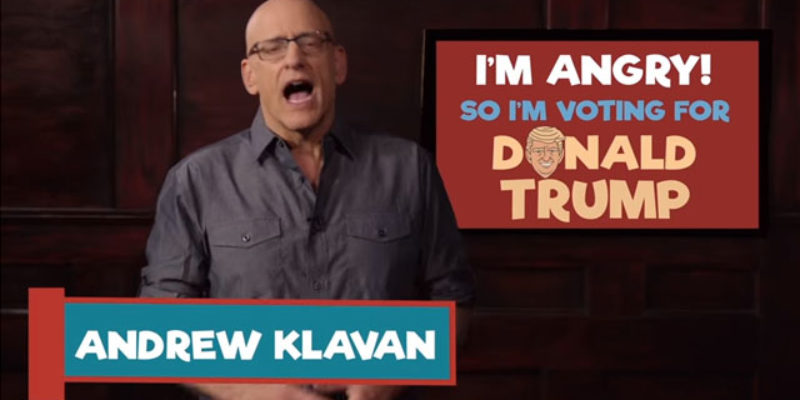 He isn’t really angry. He recognizes a lot of Trump’s voters are. But like he says, some people don’t make good decisions when they’re angry. And Trump hasn’t done a great job of demonstrating that he’s a good decision.

The Trump fans among our readers probably won’t like this much. Those with a sense of humor might not hate it, though.