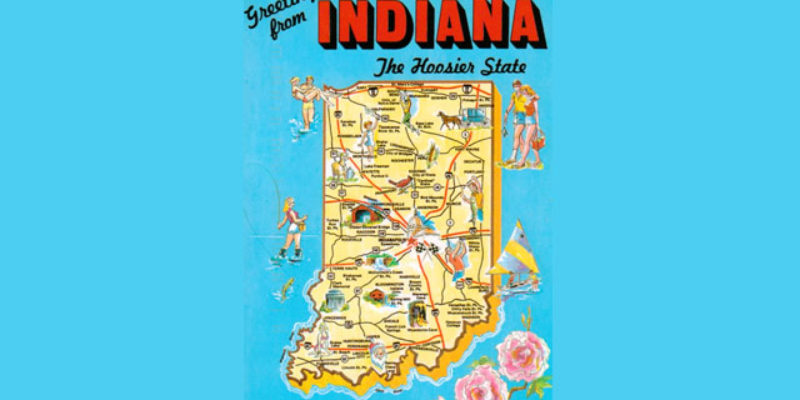 Real estate developer Donald Trump won a victory that he would rightfully call TREMENDOUS in his home state of New York, practically sweeping the state’s allotment of delegates.

And to some degree, Trump received an unintended assist from his main challenger for the Republican nomination, Texas US Senator Ted Cruz.

Cruz badly fumbled the question about what he meant when he referred to Trump representing “New York values” at the North Charleston Republican presidential debate back in January while the businessman and NY native eloquently rebuked the Texan for being disrespectful to his hometown.

While that was hardly the difference maker for Cruz, who ran third and laid a goose egg in delegates, the comment pretty much exiled him below Kasich across the state and even beneath the political sarcophagus of Dr. Ben Carson in the 16th congressional district.

While that factoid might be one final Bronx salute to Cruz, one should bear in mind that the district is heavily Democratic with the last few Republican presidential nominees receiving between 25-26% of the vote.  In other words, Cruz was heavily disliked in a district that heavily dislikes Republicans in general.

The New York values line likely galvanized Republican voters there and helped fuel the Trump landslide, as a vote for the billionaire may have been considered by many New Yorkers as an affirmation of their state, their city, and themselves.

Running on his home turf and becoming the defender of his state, at least for this one shining moment, a Trump landslide was inevitable.

Though the next stop on the primary calendar are a collection of northeast states that a Republican presidential candidate has not won since the 1980s, the real battle will be two weeks later when the Hoosier State holds its primary on May 3rd.

Trump will likely prevail in Rhode Island, Connecticut, Delaware, and Pennsylvania, though the billionaire’s share of the total delegate take won’t be as lopsided as the Empire State’s.  Also it’s possible that Ohio governor and current “one state wonder” John Kasich might soak up some of Trump’s delegates.

If Kasich, the Washington Generals of Republican presidential candidates, is poised to achieve meaningful success at the ballot box post-Ohio, it will be in this decidedly anti-Cruz region.

For Kasich, if not here, then nowhere.

Indiana becomes critically important because it’s not only the next place where Cruz and Trump are battling on even turf but also because of its significant delegate haul (57) with “winner take most” rules, similar to South Carolina and Wisconsin.

As he is currently just under 400 delegates shy of winning the GOP nomination and is expected to pick up another 100 next Tuesday, a solid Trump win in Indiana would be a strategic victory.

Though he still would not have enough delegates to clinch the nomination at that point, Trump would be in the position to back into the nomination even if he were to lose most of the states remaining.

A Trump victory in Indiana would likely have him within 250 delegates out with 9 states to go, setting him up to nail down the nomination on June 7th when California (172 delegates), Montana (27 delegates), New Mexico (24 delegates), South Dakota (29 delegates),  and New Jersey (51 delegates) close out the primary season.

Indiana’s importance was not lost on Team Trump, which moved its ground game staff straight to Indiana after the Wisconsin primary and why he held his post-New York rally in Indianapolis.

In contrast, a win by Cruz in Indiana allows him the opportunity to fight another week, in the following Tuesday’s Nebraska and West Virginia primaries, which at that point are as much “must wins” as Indiana in the game to deny Trump delegates.

If Cruz can put together a string of victories as the nomination battle moves to the west coast, he will have marginalized Kasich’s stubborn candidacy out of relevance and regained momentum at a time when he needs it most.

As Washington State and Oregon have proportional allocation of delegates, the victor in those states won’t net too many more delegates than the second place candidate short of a landslide win by either Trump or Cruz, deferring the decision to California and New Jersey.

Indiana is where Cruz and the anti-Trump coalition rallies back from the Trump delegate nor’easter or the point where the Republican Party begins to accept the reality that Trump will be the party’s presidential nominee.

May 3rd will largely determine whether there is a truly contested convention in Cleveland or just a contentious convention.

Interested in more national news? We've got you covered! See More National News
Previous Article The New Ted Cruz “War Room” Web Ad Is One Of The Best Things You’ll Ever See
Next Article UPDATED: Sanctuary Cities Are Looking Like They Will Finally Be OUTLAWED Across State