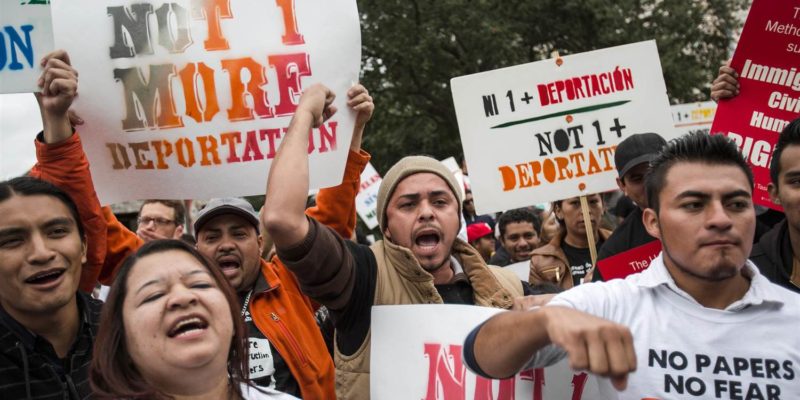 The city of New Orleans is just one of 20 American regions chosen to receive a massive influx and public relations campaign to welcome foreign guest workers through an open borders group’s plan to bring more immigrants into the area.

The Partnership for a New American Century, a group led by big business and liberal politicians,  has chosen New Orleans for one of their many “Gateways for Growth” grant, in which foreign workers will be competing with the city’s native population for jobs.

“These communities are part of a national trend in which local government, business, and civil society leaders embrace research showing that being inclusive toward immigrants helps cities and counties thrive economically,” the organization states about the program. “They are working proactively to ensure an environment where all residents can contribute and succeed.”

“While Congress fails to enact legislation that would bring the best, brightest, and hardest-working to this country, cities across the United States have recognized the economic contributions immigrants make—as consumers, job creators, and entrepreneurs,” said Chairman John Feinblatt of the foreign worker PR campaign.

Interestingly enough, the most prominent members of the open borders group are big business henchmen and political power-players who have previously colluded to triple the amount of foreign guest workers in the country.

For instance, former Microsoft CEO Steve Ballmer is a member of the group, just as Microsoft benefits immensely from low-wage foreign labor.

Here are all of the cities who will see PR campaigns to soften the public to mass immigration:

Interested in more news from Louisiana? We've got you covered! See More Louisiana News
Previous Article The Battlefield, April 8, 2016 – Who Is Rodrigo Starz?
Next Article VIDEO: Cruz To Bill O’Reilly On Trump – “You Defend Him A Lot”