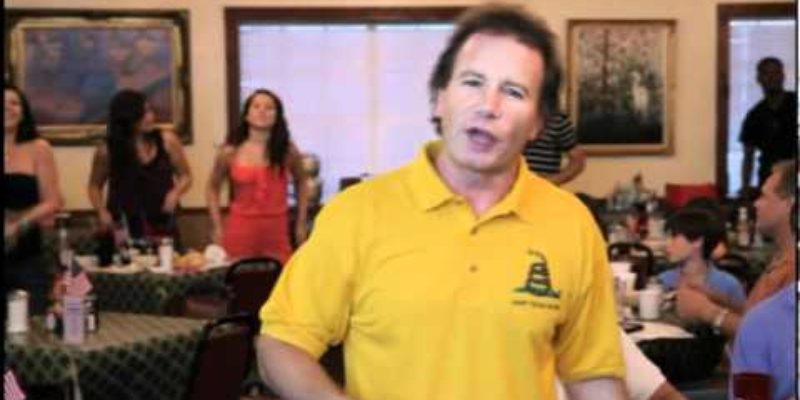 Take a trip down memory lane with me back to the 2000’s.  You’re in Baton Rouge.  You turn on the television.  What do you see?

E. Eric Guirard was one of Baton Rouge’s most famous personal injury attorneys until he was unceremoniously invited not to practice law in 2009 by the Louisiana Supreme Court.  As the court at the time explained, Guirard and his partner Thomas Pittenger were allowing non-lawyers to practice law:

Respondents are partners in a law practice operating under the name of E. Eric Guirard and Associates, P.L.C. (the “law firm” or the “firm”). The law firm, which has offices in Baton Rouge and New Orleans, has operated since July 1994 and handles primarily plaintiff’s personal injury cases. In 2000, the ODC began investigating respondents’ employment of five “case managers” all nonlawyers, who assisted in the processing of the personal injury claims being handled by the firm prior to litigation. One of the primary issues under investigation concerned the compensation of the case managers. These employees were paid their compensation by regular bi-monthly payroll from the firm’s general operating account as a commission computed as a percentage of the firm’s gross legal fees collected on the individual settled cases that the individual case manager worked on and settled during [Pg 2] the payroll period.

Ever wondered how one of those big-shot television personal injury attorneys runs his business?  The court explained:

At respondents’ firm, the receptionist typically transferred telephone calls from new prospective clients to the case manager on duty to receive such calls. If the phone call came in after business hours, an answering service paged the duty case manager. The duty case manager spoke to the new prospective client, and decided if the case was one that the firm would be  interested in handling. The duty case manager gathered certain information and gave it to one of the law firm’s investigators, who in turn met with the prospective client at his or her home and had the prospective client sign an attorney-client contingency fee contract. The investigator also obtained other signed forms from the client, including releases for medical records and employment and wage information, and took photographs, if needed. The investigator returned the signed contract and other information to the law firm’s office, and was thereupon paid $ 50 for the visit. The investigator also received additional compensation if he obtained signed contracts for additional clients while visiting the initial client.

After the signed contract and other information was returned to the law firm, the material was reviewed by either Mr. Guirard or Mr. Pittenger. In most cases the file was then assigned to a case manager, who processed the file pursuant to instructions contained in the law firm’s Case Manager Manual.  After the client completed medical treatment, the case manager prepared an evaluation of the case on a form used by the firm. The completed form and the case file were forwarded to either Mr. Guirard or Mr. Pittenger, who would approve a high dollar value and a low dollar value on the case for purposes of making a settlement demand.  The file was then returned to the case manager, who would send a demand letter signed by a lawyer. The case manager was responsible for contacting the insurance adjuster and negotiating a settlement. When a settlement was reached, the case manager notified the client, arranged for the client to come to the office to pick up the settlement check, and prepared the settlement disbursement statement. Mr. Guirard typically met with the client to disburse the settlement funds.

The Supreme Court didn’t think this was how an attorney should practice law, and disbarred Guirard and Pittenger.

Today, in a 4-3 opinion, the Louisiana Supreme Court voted to reinstate Guirard to the practice of law subject to probation:

The record supports the conclusion that petitioner has satisfied the necessary requirements to be readmitted to the practice of law.  Accordingly, we will readmit petitioner to  the  practice  of  law,  subject  to  a  two-year  period  of  supervised probation.

Supreme Court Rule XIX, § 24(E)(4) demands that applicants seeking readmission to the Louisiana Bar recognize the wrongfulness and seriousness of the conduct resulting in disbarment. After his disbarment, Mr. Guirard complained that his punishment was “Draconian,” dismissed his transgressions as “technical violations,” and claimed the mantle of “poster boy” for “ [victims] of government injustice.” Even at his readmission hearing, he characterized the harm to his clients as merely “theoretical.” Clearly, Mr. Guirard, even at this late date, fails to recognize the seriousness and wrongfulness of his misconduct. More importantly, he fails to recognize that the actual victims of injustice were his clients. As United States Supreme Court Justice Benjamin Cardozo noted nearly a century ago while sitting as a judge on the Court of Appeals of New York: “Membership in the bar is a privilege burdened with conditions.” In re Rouss, 221 N.Y. 81, 116 N.E. 782, 783 (1917). The most solemn condition of bar membership must certainly be an unwavering commitment to competent representation.

What’s next for Guirard?  The Advocate reported in 2014 that Guirard and Pittenger had sold their firm to Dudley DeBosier, with the agreement that should they ever be readmitted to practice law they would join the firm as partners.  Of course, if that doesn’t work out he can always continue his career as a tea-party rapper:

Interested in more news from Louisiana? We've got you covered! See More Louisiana News
Previous Article Mitch Landrieu Has A Solution For New Orleans’s Crime Problem….Gun Control
Next Article Trump’s Team Claims His “Tell It Like It Is” Act Is Just That, And He Then Continues With The Act