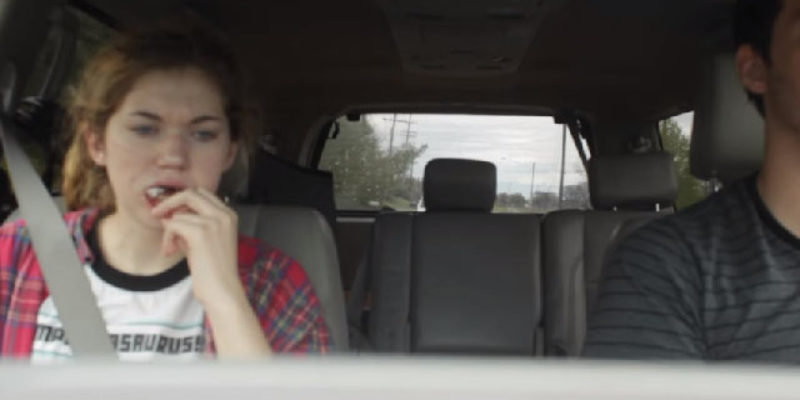 This thing is bouncing all over the interwebs today, ‘cuz it’s well done.

There’s a girl named Millicent – seriously! Somebody named her that! – who’s gettin’ her wisdom teeth out. And so they’re takin’ her to the dentist for the procedure at the beginning of the video. But then after her brothers get her at the dentist, she’s ripe for a good hoax.

If you ever got your wisdom teeth out, by the way, you know that’s a fact. They use REALLY good drugs at the dentist when they pull wisdom teeth, and you stay stupid for a while.

So the hoax is there’s a zombie apocalypse. They set up a fake emergency bulletin on the radio, and then they get mom in on the hoax with a phone call about how it’s happening.

And Millicent is out of it enough that she actually buys into the fake. Like I sez, they use REALLY good drugs at the dentist. It gets hilarious when they tell her she can bring either the dog or the cat to Mexico to get away from the zombies but not both, and she sells out that poor dog with extreme prejudice.

She’s actually kinda mean. You almost get the impression the zombies oughta be scared of her rather than the other way around.