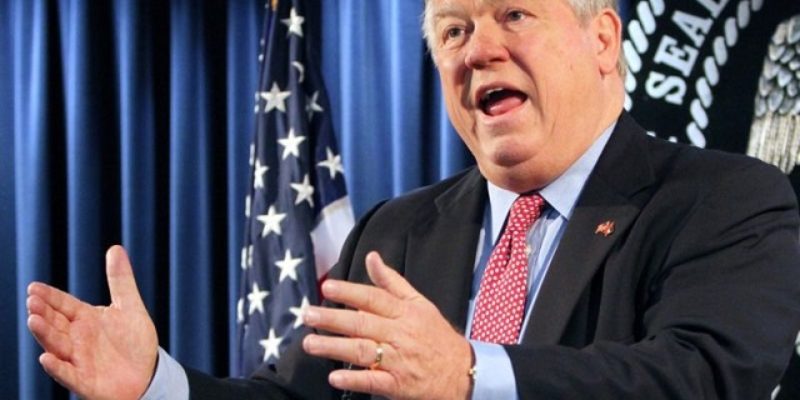 Here’s what he had to say:

On MSNBC Thursday morning, former Mississippi Governor and former RNC chair Haley Barbour weighed in on Donald Trump, the candidate’s contentious views, and the media’s treatment of him.

He noted that one of the most curious phenomena of the past several years was the sharply critical tack that right-wing media had taken against conservative in government. “Establishment,” he averred, had become a dirty word meaning, “whoever you don’t like.”

Clearly Haley Barbour doesn’t watch Fox News all that much. Their Washington D.C. Bureau served as Marco Rubio’s press operation until he left the presidential race. Also, the network features known anti-establishment pundits such as Karl Rove. Finally, Fox News spews Donald Trump propaganda 24/7 and Trump is anything but conservative.

As for talk radio, it depends what you’re looking for. Hugh Hewitt, who is one of the better and more thoughtful talk show hosts, isn’t “anti-establishment.” Having said that, there are some talk radio hosts who are garbage such as Sean Hannity. But even among the “anti-establishment” hosts, Mark Levin and Glenn Beck are passionate but neither one are stupid men. They’re sincere in their beliefs.

Breitbart still has some good writers but it does too much Trump propaganda, culture war and identity politics BS, and nativism and xenophobia. Many blogs that have popped up in the past year are garbage like the “Conservative” Treehouse, Prntly, Red State Watcher, etc. But for the most part the more established conservative bloggers are fighting for conservative principles. Part of the conservative media’s job is to hold politicians accountable, including Republican ones.

But even if Haley Barbour is painting the conservative media with too broad of a brush, he does have some valid points. Many conservatives have been insisting on political purity, which isn’t realistic. But much of this anger at “the establishment” is the result of the arrogance and the actions of Haley Barbour and national Republicans.

A big fight is brewing over declassifying 28 pages of the 9/11 Commission report. Those pages allegedly show the involvement of the Saudi Government in those attacks. The Saudis have hiring up lobbyists to keep those pages classified. One of those firms that the Saudis have hired is Haley Barbour’s firm.

What Haley Barbour, who has been actively working against American interests since he started working for the Saudis, wants is the conservative media to just shut up. Barbour wants conservatives to accept whatever the Washington Republicans want to do. He wants us to eat our gruel when Congress decides shovel out corporate welfare and reauthorizes big government programs.

That’s not how the conservative media should roll. The media has a responsibility to hold politicians accountable, regardless of their party affiliation. It’s too bad if Haley Barbour doesn’t like it.

If Saudi lobbyist Haley Barbour and the rest of the D.C. Republican crowd don’t want to be attacked, they should start delivering on conservative issues. They should quit making promises to conservatives that they either cannot keep or have no intention of keeping. Perhaps the DC crowd should try to find out why people are angry instead of blaming the conservative media. Who knows it may actually make people less angry.

Interested in more national news? We've got you covered! See More National News
Previous Article John Fleming And Garret Graves Were The Most Conservative Louisiana Congressmen In 2015
Next Article The Battlefield, April 22, 2016 – Water, Water Everywhere And Not A Drop For Export