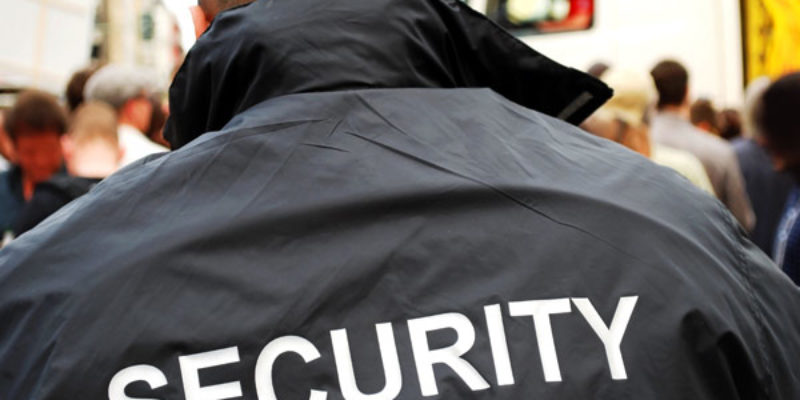 We’re not making this up, and there’s even video proof of it.

Two tone-deaf security guards at the 9/11 Memorial got tough with some wide-eyed middle school kids visiting the city for the first time from their small town in North Carolina — because they sang “The Star-Spangled Banner.”

“You have to stop. This is considered a public demonstration!” one guard barked at the patriotic teens, their Waynesville Middle School music teacher, Martha Brown, told The Post.

The guards insisted the group needed a permit to sing, according to Brown.

“Some of the students were very upset and confused. I told the children, ‘This is a place where you need to respect authority even if you don’t understand it,’ ” she said.

The choir was wrapping up a whirlwind field trip to the Big Apple with a somber visit to the 9/11 Memorial on Friday, and had launched into their lilting version of the national anthem when the two guards cut them off.

One mom was so infuriated by the way her kid was treated that she posted footage of the truncated tribute online, where it immediately went viral and now has more than 300,000 views.

The kids were an actual choir. They’d had a singing gig earlier in the week at the Cathedral of St. John the Divine. So this was a semi-pro rendition of the national anthem backed by a bit of practice and some talent.

The two security guards were, it appears, not following actual policy. But it’s instructive anyway, because their idiotic actions reflect culture.

Had a choir full of middle-school kids broken out in a rendition of the Star Spangled Banner at the USS Arizona Memorial, let’s say, 30 years ago, American culture would have been such that no security guard would have thought to stop them – the prevailing judgement even among stupid people would be that kids singing the national anthem at public memorials is an unquestioned good thing and ought to be encouraged as an inspiration to the patriotism of all of us.

But American culture now holds that public exhibitions of American patriotism are “controversial” and may upset people, and therefore you get moron security guards believing they’re doing their jobs by putting a stop to it.

Morons are the people most affected by culture, particularly as it’s commonly perceived, and these two security guards are unquestionably morons. They’re doing what they think they’re supposed to, and of course they’re wrong – but there is a reason they’re trying to stop the singing rather than joining in.