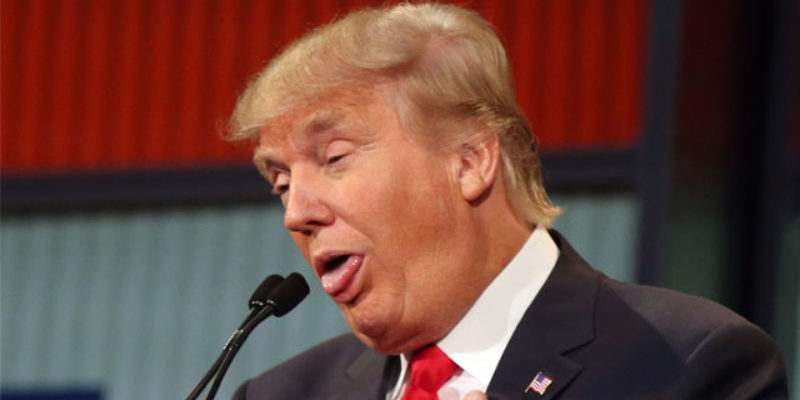 The twilight of the #NeverTrump movement is upon us. Donald Trump’s huge wins in the Acela primaries on Tuesday have almost certainly made him the Republican nominee.  He only needs about half of the remaining delegates and that’s without factoring in Indiana, which is now almost irrelevant to Trump. In a final act of desperation before his likely Waterloo in Indiana, Ted Cruz has announced Carly Fiorina as his running mate.

The time is coming for hard decisions for the #NeverTrump faction. Does “never” truly have only one meaning or does it have some wiggle room?

For those who hold Republican party positions, the choice is simple. They can either accept their party’s nominee or they have a moral obligation to resign. I ultimately declined to seek a position on the St. Tammany Parish Republican Executive Committee because I did not want to face this dilemma.

As for the rest of us, we still have a hard decision to make. Do we want to embrace someone like Donald Trump or do we want to rally behind him because we hate Hillary Clinton? I think everyone has to come to their own conclusion and do their own soul-searching to answer that.

For me, it’s an easy choice. As a libertarian-leaning conservative, there is no place for me in Donald Trump’s Republican Party. I believe immigration and free trade are good for America. I reject Trump’s isolationist “America-first” view of the world. Identity politics is repulsive, no matter who engages in it.

Finally, the white working class need a kick in the ass, not more welfare and pandering. They’re not the only ones who have been left behind by the economy, just go spend some time in the inner city. The symptoms and causes will also be the same.

There are also moral reasons to why I cannot accept Donald Trump. Here’s the Washington Post editoral today on why Republicans should keep fighting Trump.

Mr. Trump degrades people, serially insulting women, Latinos, Muslims, immigrants, Jews and others. He erodes the discourse, frequently and flagrantly lying about things such as whether “scores” of terrorists have recently entered the United States as migrants — one of numerous false claims he made in a speech on foreign policy Wednesday. He proposes undermining foundational civic institutions such as the free press. He shows contempt for the separation of powers by threatening the speaker of the House. Where his policy agenda is not thin, it is scary, such as his call to ban Muslims from entering the United States. In short, he should inspire fear that someone so lacking in judgment and restraint could acquire the powers of the presidency.

To accept Trump would be to accept frankly un-American views of government and his fellow citizens. I cannot and will not have this on my conscience.

Interested in more national news? We've got you covered! See More National News
Previous Article In Case You Missed The Video Of That Home-Invading Gator In Sterlington, We Have It
Next Article New Poll Has Some Surprising Results About Louisiana’s View On Marijuana