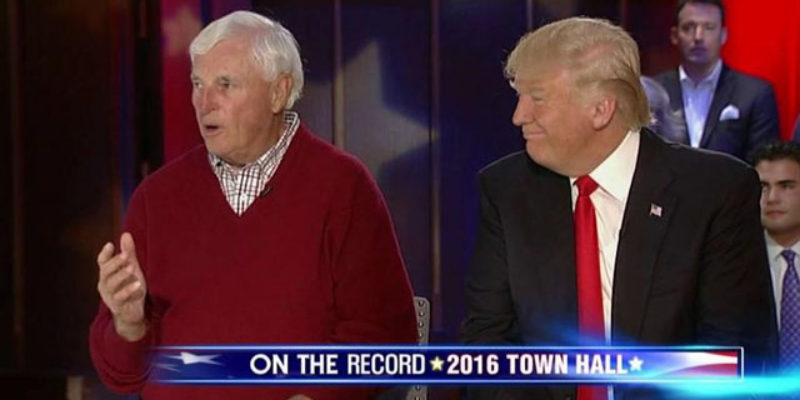 Yes, there is a bit less vetting of Trump’s endorsers than those of other candidates. And yes, Bobby Knight is still something of a cult figure in Indiana, so it makes some sense to capitalize on his celebrity in the week before that state’s GOP primary.

On the other hand, Bobby Knight has never really been seen as a particular asset as a political figure – and there is a reason for that. He made a great reputation for himself as a basketball coach, but Knight was known as such a toxic personality and loose behavioral cannon that even his legendary success as the Hoosier basketball coach couldn’t save him when the full scope of his abusive behavior toward his players was made known in 2000 (if you aren’t familiar with the Neil Reed choking incident, here’s a taste of that). He had to go, and he did. Knight had, as it turns out, seven more productive years as a head coach and he spent those at Texas Tech.

But if we’re going to have Knight as a figure in this campaign, we’ll want some full disclosure. So here we go. Here’s Indiana basketball great Isiah Thomas, giving a quick talk on what he learned from Knight during his time as a Hoosier (warning: not safe for work)…

We say this all the time, but some of you support this. Do you really think the Democrats won’t tack Knight on to Trump and use him to make Trump even more toxic?