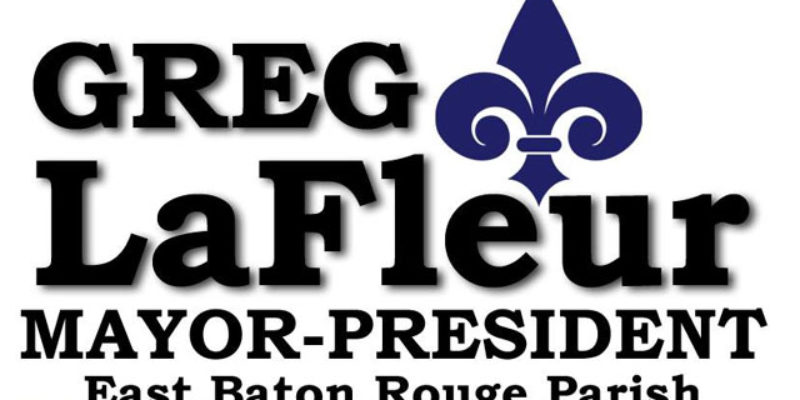 We could update our Bodi White post with this information, but we figured it was worth its own entry.

“For nearly 40 years, East Baton Rouge Parish has been my home. It’s where I received an athletic scholarship to play football at LSU.  After graduating, I was fortunate to be a third round pick of the NFL Draft by the Philadelphia ​Eagles. Yet I came home to Baton Rouge every off season and worked to improve the education of our youth. That’s because Baton Rouge is more than my home, it’s where my heart is.

“So after much thought, reflection and prayer, I’ve decided It’s time to give something back to the place that has given so much to me.  I’m announcing today that I’ll be a candidate for Mayor-President of East Baton Rouge Parish this fall.

“I’ll be a Mayor-President for all the citizens of our Parish.  I’ll put forward a game plan so that East Baton Rouge Parish can reach its full potential. I’ll continue our progress in economic development. And I’ll tackle the challenges our community continues to face: reducing traffic, strengthening public safety and improving our public services across the parish.

“While we’re just getting started putting together a campaign effort, I’m looking forward to talking to the voters of the Parish over the coming months and sharing my hopes, my dreams and my vision for a better Baton Rouge.  God bless.”

There was a time not long ago when LaFleur was considered a real rising star in the athletic administration business. After playing in the NFL for six years he went to work at LSU and spent 12 years in the marketing and promotions department, and then was an athletic director at Chicago State, Hutson-Tillotson and Texas State before getting the AD job at Southern. But as many people with dealings on the Bluff can tell you, it’s very easy to piss off the wrong people there, particularly if you want to end some of the good-ole-boy practices which make that place hemorrhage money. And therefore when LaFleur got arrested at the 2011 Final Four in Houston on charges that he solicited a prostitute, charges he was acquitted of, he was fired practically before he even made bail.

During his time at Southern, LaFleur says he “ruffled some feathers” with certain officials at the university — doing so long before his eventual arrest and subsequent firing. In fact, LaFleur never got a chance to defend himself and was fired before he even returned to campus.

And LaFleur says that many of the issues he tried to tackle head-on during his six years at Southern — among them a complimentary ticket program that was bleeding money, a radio contract that left Southern paying for the right to be broadcast, the inefficient use of suites at the football stadium, the unfair distribution of Bayou Classic tickets and the hiring of a high-priced marketing firm to promote the annual rivalry game with Grambling — were met with resistance.

LaFleur is careful to note that these challenges were not necessarily the motivation behind his nearly instantaneous dismissal after his booking in Houston, but one can surmise that any past conflicts certainly wouldn’t help his case in the wake of an arrest.

“I was taking on some stuff that should have been fundamental,” LaFleur said. “… I can’t say that for sure (whether it cost me my job), but what I can say is that I didn’t know of any other way to do business. If I knew of another way to raise money or whatever, maybe I wouldn’t have taken it on as hard as I did, but I was going full speed trying to get those things done because that’s the basics; that’s where things start.”

LaFleur eventually collected $150,000 in damages from Southern for wrongful termination, but he hasn’t been able to break back into athletic administration. Prospective employers have been a lot more persnickety about him than the jury in Houston was.

So what do you do when your employment opportunities stall out in the competitive sector? You get into politics, of course.

LaFleur has some name recognition in Baton Rouge, and he still has friends in town. How many, and whether he can turn those relationships into a competitive mayoral campaign, is a question.

His entry does have the potential to alter the race a bit, though, because LaFleur might serve to cut into the share of the city’s black vote Sharon Weston Broome can claim in the primary. As we were discussing in the Bodi White post earlier, when Rep. Ted James said he wasn’t running it left Broome in a position to claim all of that vote, which would give her a chance to put the election away in the primary. Yes, former Metro Councilman Byron Sharper has announced he’s running, but most observers discount Sharper as a real possibility of making much of a dent in the numbers.

But if LaFleur can pick up eight or 10 percent of the vote, or more, he could be a spoiler that moves the race to a runoff where White might end up with a decent shot at winning if circumstances fall the right way.