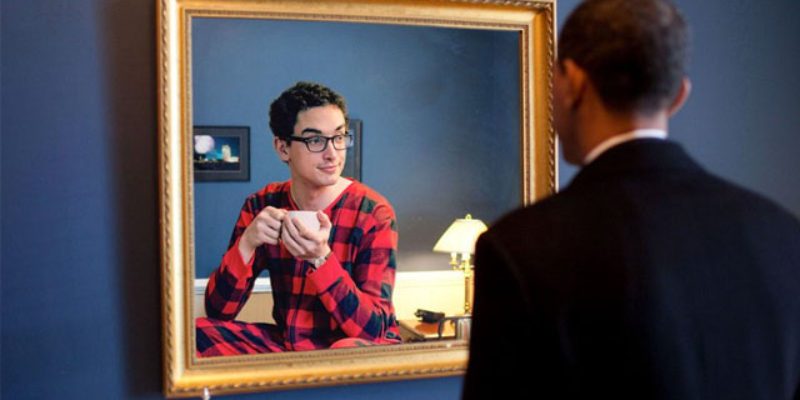 Most men in Dayton or Huntsville do not lounge around in the morning in their pajamas, with or without built-in footpads, drinking hot chocolate and scanning health-insurance policies. That our elites either think they do, or think the few that matter do, explains why a nation $20 trillion in debt envisions the battle over transgender restrooms as if it were Pearl Harbor.

What’s noticeable about the Obama White House and the staffers populating it is the similarity of image they present. Hanson brings up Ethan Krupp, the actual Pajama Boy who graced that Obamacare web ad, and Ben Rhodes, the now-famous failed novelist who has somehow emerged as Obama’s foreign-policy Rasputin despite obviously knowing shit about foreign policy, but there are others. Josh Earnest is clearly a Pajama Boy, as were Jay Carney and Robert Gibbs before him (Gibbs, though as noxious a figure as has ever served as a presidential press secretary, was at least not the effeminate weasel his successors have been).

There are Pajama Girls, too. Look at the ridiculous Jen Psaki and Marie Harf.

You can go up and down the chain with this administration and you’ll find a whole lot of the same thing – 30-somethings with meager professional accomplishment, children of privilege with degrees from Ivy League or other selective-admission institutions, East Coast or Chicago backgrounds, the complete absence of any exposure to physical labor, contact sports or military service, the lilting, singsong vocal tone suggestive of a question mark at the end of every sentence and the utter and complete lack of honor or integrity. The Obama White House is populated by a cadre of weasels who don’t actually know what they think they know, and it has been an utter disaster in the actual functioning of a competent government.

Unfortunately, it has not been a disaster in the sense of weaponizing that government against those who disagree with it. What Pajama Boys can do is give you a “fundamental transformation” of the country; they just can’t insure that transformation is a good thing.