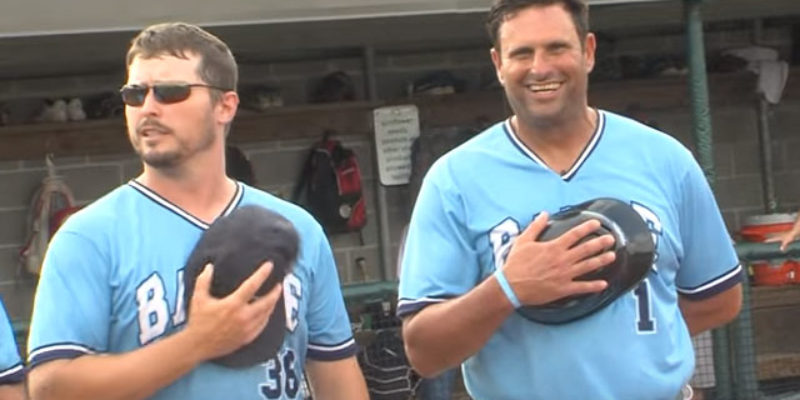 In case you didn’t hear about this, over the weekend Barbe High School won the 5A baseball state championship…again. They pulled off a 5-2 win over Byrd High in the final.

But before doing so, they managed to create a YouTube sensation of sorts.

What happened was this – since the game was one of several title games at McMurry Park in Sulphur, the national anthem wasn’t scheduled for before the game. It was sung before the first game.

But Barbe head coach Glenn Cecchini, his team and the student section weren’t crazy about that schedule, so they took matters into their own hands…

Still, it’s always fun to see folks breaking out in spontaneous acts of patriotism. And that’s what we had on Sunday.