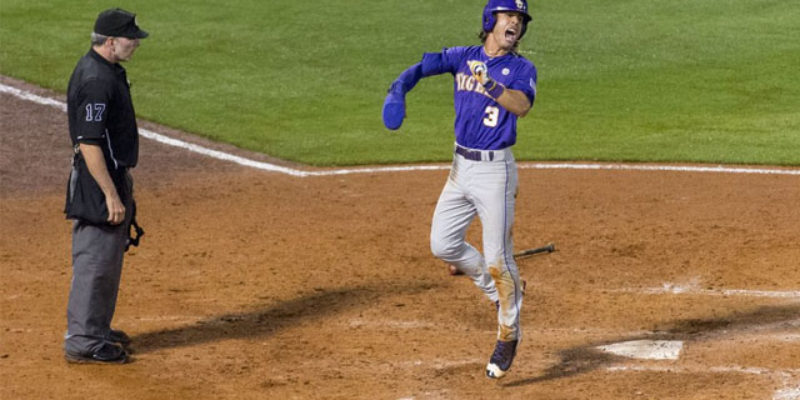 …and I’m here to report that LSU won the thing in 14 innings.

I even have video to show you.

Yes, the owl is the natural predator of the possum.

It turns out an owl can’t take down a Rally Possum. A Rally Possum is something a little different and a lot harder to handle.

By the way, Boudreaux and Thibodeaux called – they said they have that owl in a Magna-Lite pot with some shallots and some okra and a nice roux. They said it’ll be ready around noon.

A little after that, Florida will have to play an elimination game against Alabama, whose campus is less than an hour from the ballpark and whose fans will likely have the stadium full. Hope those beds at the team hotel were comfortable, because they might feel a little creaky after playing baseball until almost two in the morning.

LSU plays tonight. Jared Poche will be going for the Tigers against Mississippi State, who’s sending Dakota Hudson to the hill.

Which is one way of saying that the SEC Baseball Tournament might be the best showcase of baseball talent outside of Triple-A ball. It’s very debatable whether you’ll have eight teams in Omaha as good as the eight teams playing yesterday and today.

Interested in more national news? We've got you covered! See More National News
Previous Article The Red Bayou Show, Episode 46 – Featuring Mike The Tiger And John Fleming
Next Article HB 105, Which Would Have Given Jeff Landry Budget Independence From Edwards, Went Down Yesterday…