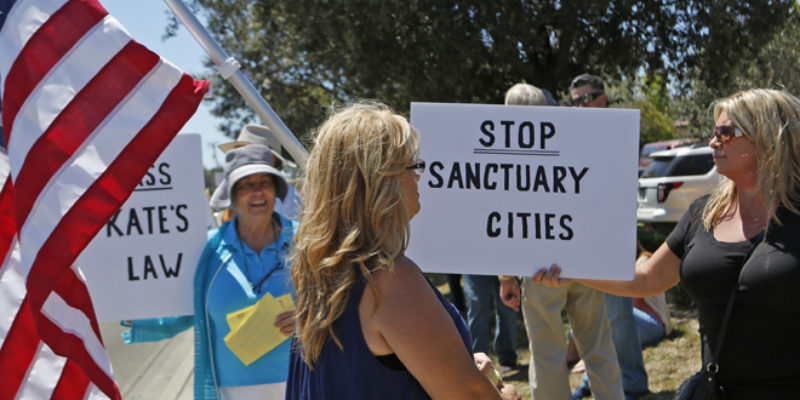 Legislation that would all-out ban ‘sanctuary cities,’ which harbor illegal immigrants against federal immigration law, across the state could be gutted to its core and making it ineffective, by state legislators before it even becomes state law.

While in the state Senate Judiciary A Committee today, HB 1148 was amended multiple times, leaving author of the bill Rep. Valarie Hodges (R-Denham Springs) wondering if the sanctuary cities ban would end up being something totally different once it makes it onto the full state Senate floor for a vote.

Senate Democrats are most likely eyeing to gut the bill, according to sources close to the Hayride, as 26 state House Representatives (all Democrats) voted against moving the sanctuary cities ban forward.

By amending the legislation multiple times before it makes it to a full state Senate vote, the sanctuary cities ban could ultimately be rendered ineffective, as the original legislation has in place a number of restrictions that keep cities from not complying with federal immigration laws.

Legislators, mostly Senate Democrats, voiced concern about the power the Attorney General’s office would obtain through procedures in the sanctuary cities ban bill.

A number of legislators said they wanted to see power shifted to the courts to decide whether or not areas like New Orleans and Lafayette Parish are actually sanctuary cities. This could render the legislation ineffective, making it a win for progressive Democrats and liberals who favor relaxed immigration enforcement.