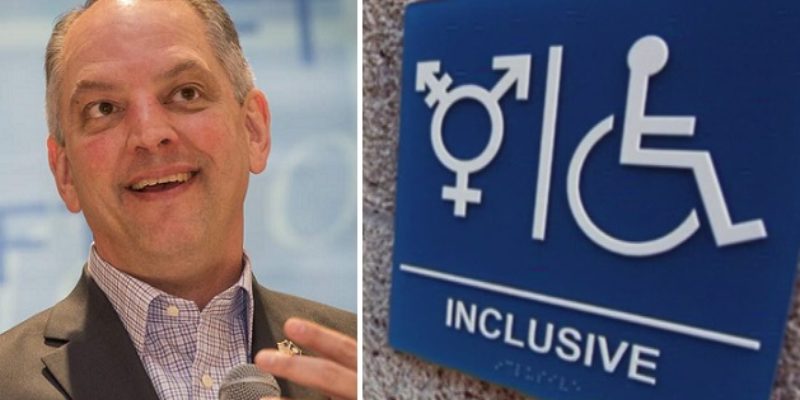 A petition that demands Gov. John Bel Edwards (D) protect the state from the Obama administration’s directive order for public schools to allow students to choose the bathroom they prefer based on their “gender identity” has now over 11,000 signatures.

The Louisiana Family Forum started the petition (which you can get to HERE) in order to request that Edwards amend his own executive order that already allows for public school bathroom choice based on perceived gender identity.

2. Attorney General Jeff Landry to use every means possible to protect our state from this incredible federal overreach. We also call on Attorney General Landry to consider the constitutionality of Governor Edwards’ Executive Order and to issue an official AG opinion on this issue.

“The Obama administration is now enforcing those mandates onto the public schools in our state. Governor Edwards’ executive order arguably introduces the same action in public employment and includes private employers contracting with the state.”

The petition now has 11,720 signatures (and counting) from Louisiana residents.