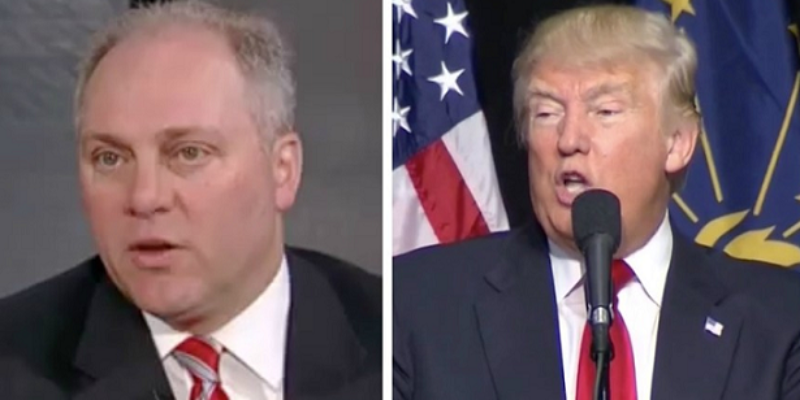 Louisiana Congressman and House Majority Whip Steve Scalise announced that he will be supporting Donald Trump as the presumptive GOP nominee, following a meeting between Trump and House leadership.

Scalise told WWL that he sees Trump as a path to getting two of his top issues done: Conservative Supreme Court nominees and a simplified tax code.

”He’s going to be our nominee and I support him as our nominee, we talked about what it’s going to take to get the country back on track and get the economy moving,” Scalise told WWL’s Tommy Tucker.

”He’s got a tax plan, we’ve got a tax plan we’re working on and they might be different but at the end of the day we both want lower tax rates,” Scalise continued.

Besides Scalise, Trump earned the endorsements of nine prominent Republicans in the House, many of which chair House committees.