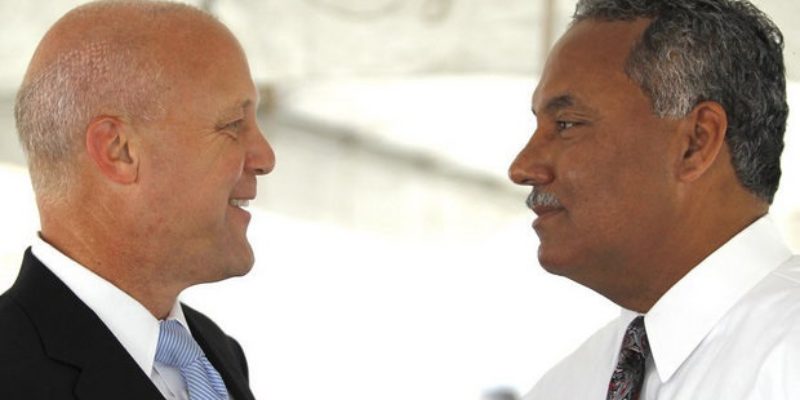 It’s always ironic when Mayor Mitch Landrieu of New Orleans calls out other elected officials over a lack of leadership.

Landrieu is fully behind the idea of stripping Orleans Parish Sheriff Marlin Gusman of his authority over the Orleans Parish jail, after the US Dept. of Justice (DOJ) requested the move, according to a report by the New Orleans Advocate.

The Landrieu administration asked for the federal government to fully takeover the jail three years ago, now says that Gusman is unfit to run the jail because he lacks leadership ability.

The issue with Gusman and jail are not budgetary problems, the Landrieu administration apparently argued in court documents, writing that a “lack of leadership and a fundamental inability to acknowledge what is broken” is the real problem at hand.

The administration is now asking US District Judge Lance Africk to remove Gusman’s authority over the jail, along with the DOJ, citing that not much has changed since Gusman was ordered to fix issues like violence and budgetary problems at the prison.

An attorney for Gusman railed back against the Landrieu administration, saying that the move was solely designed to “usurp the will of the Orleans Parish voters by replacing the elected sheriff,” according to the Advocate.

Interested in more national news? We've got you covered! See More National News
Previous Article Here Are The 26 Louisiana State House Dems Who Voted AGAINST Banning Sanctuary Cities In The State
Next Article New Orleans Cyclists And Pedestrians Are Now Being Shot At With Paint-Ball Guns