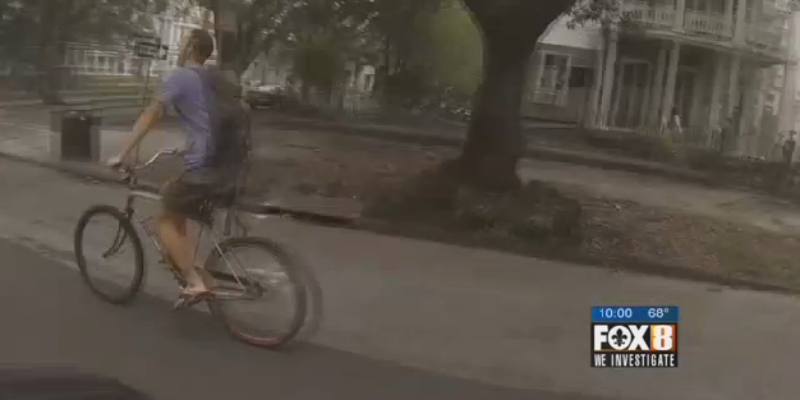 It’s no longer safe to simply be riding a bike or even walking around the city of New Orleans, as a number of pedestrians and cyclists have come forward saying they were attacked by a barrage of paint-ball guns targeting them.

Bike riders and pedestrians in the city told the New Orleans Police Department (NOPD) that they were simply doing their usual daily routines when they were pelted with paint-balls, hitting one of the victims directly in the face, according to a report from FOX8’s Ryan Naquin.

“Obviously your first thought riding the streets of New Orleans, unfortunately when someone does something like that, is maybe they just shot me,” Andrew Grafe said.

Grafe said after attending Jazz Fest on Friday, he and his wife rode their bikes home down Esplanade Avenue, and while in the Seventh Ward around 11 p.m., someone riding in a car beside him shot him and his wife with a paintball gun.

“It knocked her off her bike and she kind of fell into the car that was in the parking lane,” Grafe said. “She got hit twice, and they hit me four times.”

Check out the full report from FOX8 here:

Interested in more national news? We've got you covered! See More National News
Previous Article OH, THE IRONY! Mitch Landrieu Says Orleans Sheriff Lacks LEADERSHIP Amid Parish Jail Problems
Next Article The Battlefield, May 13, 2016 – Is It Time For A Conservative Migration Out Of The GOP?