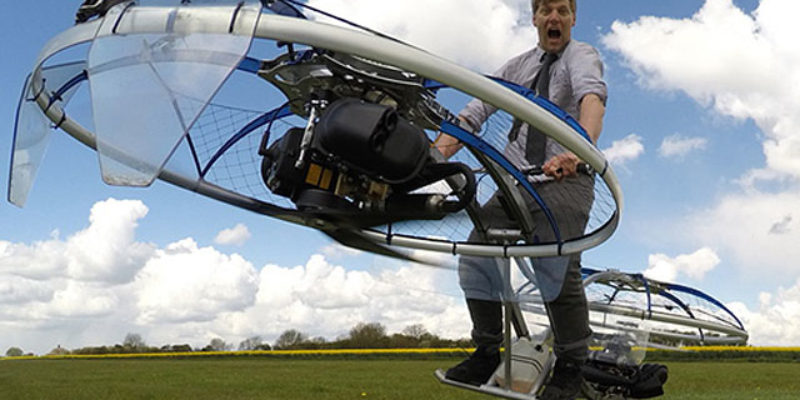 This dude ain’t exactly the Wright Brothers, but you gotta give him his due – in 15 years it wouldn’t be a surprise at all if there were people all over the place ridin’ around on somethin’ that looks a lot like this hoverbike he’s got.

It’s not exactly safe, though if you built it so it doesn’t go more than 3-4 feet off the ground and it didn’t go overly fast it might not actually kill anybody. The big issue looks as though controlling a thing like that would be a hell of a chore. Somebody would need to take that design and add some features to it so normal people could ride the thing without crashin’ into stuff.

And until somebody does you won’t see these on the streets. The gummint wouldn’t allow it.

But this is what’s comin’. We all know there’s gonna be flyin’ bikes and flyin’ cars. It’s gonna be a regular Blade Runner thing comin’ soon.

Hey, at that point we probably won’t be too worried about how lousy the roads are, right?

Interested in more national news? We've got you covered! See More National News
Previous Article HITHER AND YON: John Bel Edwards Might Consider Seeking Out Miracle Max For His Education Agenda
Next Article If You’re In Bossier City, You Might Want To Check Out John Fleming Tonight