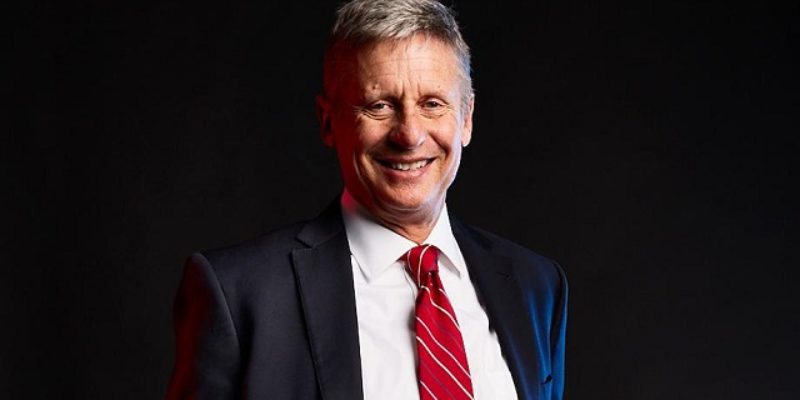 The Libertarian Party nominated former New Mexico Governor Gary Johnson as their presidential candidate and former Massachusetts Governor William Weld as VP at its convention in Orlando. To say the nominations have been controversial both inside and outside the Libertarian Party is an understatement.

Some have criticized William Weld’s record as Massachusetts governor. Others aren’t happy that Weld is another Republican-lite Z-lister trying to revive his failed political career. Many conservatives and conservatarians don’t like Johnson and Weld’s positions on abortion and guns, among other issues.

But I’m fine with the Libertarians nominating Johnson. Five candidates that made the final debate and only one of them was a plausible president. Nominating someone who could actually be a president is the first step is gaining credibility with voters.

The rest of the convention however didn’t seem to get that memo. Many of the questions asked during the debate by Trump-friendly radio talk show host Larry Elder were genuinely embarrassing. Of course we had the fat, naked guy dancing on stage. Although in fairness, the debate and the stripper are less of joke than the Republicans nominating Donald Trump for president in July.

I’m probably voting for Gary Johnson this fall. I’m never returning to the Republican Party. Nominating a neo-fascist is the final straw. The Republican Party is no longer useful for limiting government or for preserving the values that truly make America great.

But this does not mean I am becoming a Libertarian. Of all the political parties, it’s probably the closest one to my beliefs. However, changes need to happen before I take that leap and join.

The Libertarians are doing some things right. Nominating Gary Johnson for president was the right thing to do. He maybe a bit bland and unlikable, but the first criticism may be a virtue this year compared to Hillary Clinton and Donald Trump. The Libertarian “establishment” is willing to entertain pragmatic politics.

Many libertarians like to claim that Ron Paul was successful in recruiting libertarians because of how radical he was. But how many Ron Paul supporters that you know are actually libertarians? Many of them are now Donald Trump and Bernie Sanders supporters. Neither of those two have a libertarian bone in their bodies.

Ron Paul is a libertarian, but he was also more a populist and populism is statism. That’s why the absurd contradiction known as “libertarian populism” never really took off. Libertarians are better off arguing how their policies can benefit the American people on the issues they care about without resorting to populist nonsense.

Which brings me to my biggest objection to the Libertarian Party. Much of the party is still not serious about politics, policy, and governing. The challenge is a little more difficult with a philosophy designed to shrink and/or eliminate government, but it’s still needed in our politics.

Socialists should not have the monopoly on combating social problems such as poverty and environmental degradation. Nationalists should not have the monopoly on keeping America safe and avoiding needless wars. Neither socialism nor nationalism wants to create wealth and opportunities for all Americans. Finally, both socialism and nationalism will further erode the liberties of Americans. Libertarians need to step up and provide alternatives to both.

Not to mention there needs to be some work on developing serious, credible down ballot candidates. As America is heading to a possible three-party system, now is the opportunity.

As Reagan and Buckley conservatism descend into little more than an intellectual movement, I will be looking for a new home for classical liberalism. At the same time, the knowledge of man’s fallible nature, the wisdom of the past, and reality must temper that love of freedom.

The Libertarian Party is the best fit, for now. Let’s hope by the time their 2018 national convention comes to New Orleans they will have gotten their act together. Hopefully, I will paying my $25 annual membership in person.

Interested in more national news? We've got you covered! See More National News
Previous Article HITHER AND YON: Five Things About Louisiana’s Current Crisis Which Are True And Need Further Explanation…
Next Article Every Time One Of Hillary’s Stooges Says Something About Her E-Mail, The Story Gets Worse