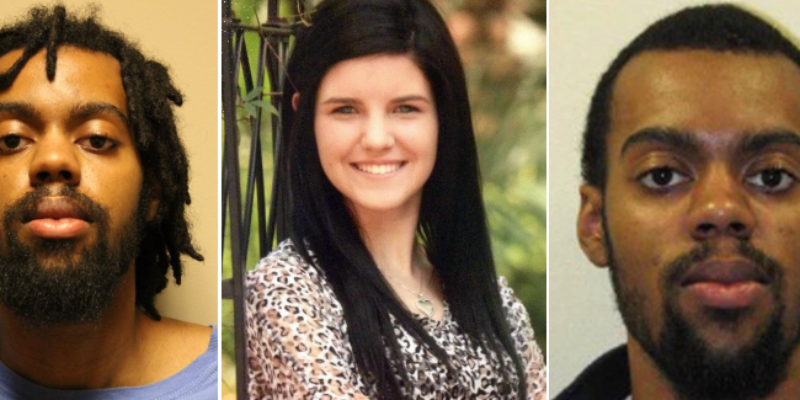 A 21 year-old manager at Raising Cane’s in Kenner, La. was stabbed to death by a man who was accompanied by another suspect in a burglary-turned-murder early Wednesday morning.

Taylor Friloux, the manager on shift at the time of the burglary, was identified by the Jefferson Parish Coroner’s Office as the woman who was killed after a man, suspected to be 23 year-old Joshua Every, stabbed her, according to NOLA.com.

Raising Cane’s made this statement on the death of Friloux:

“We are deeply saddened by the loss of our crew member,” the statement says. “Our thoughts and prayers are with Taylor’s family.”

Every was a former employee at the fast food restaurant and Kenner police have the man in custody.

Friloux was stabbed in her head, neck and chest after two suspects gained entry to the Raising Cane’s when an employee went out the back door to take a bag of trash out.

The two suspects were covered in grey sweatshirts with hoodies. After stabbing the Friloux, the two men ran out the back door and into a waiting vehicle.

Investigators say at least three suspects were involved in the burglary and murder. Police are still searching for the other two suspects.

Anyone with information about suspects in the armed robbery should call Kenner police Detective Brad Ricke at 504.712.2214. The public can also call Crimestoppers at 504.822.1111 or toll-free at 877.903.7867. Tips can be texted to C-R-I-M-E-S (274637); text TELLCS then the crime information.
Interested in more national news? We've got you covered! See More National News
Previous Article Loretta Lynch Is Holding Secret Meetings With Bill Clinton, But She’s Doing It Incompetently
Next Article Chris McDaniel Endorses Rob Maness, Louisiana State Newspapers Endorse Charles Boustany