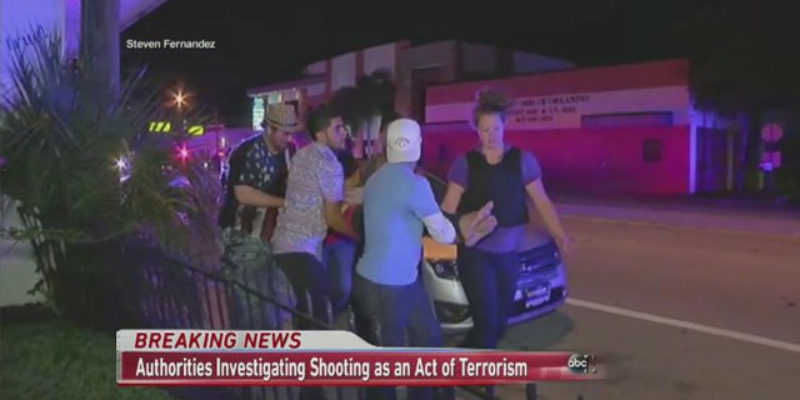 The horrific events at a nightclub in Orlando this month, where 50 people were killed, like those at an office Christmas party in San Bernardino or at a Navy Reserve recruiting station in Chattanooga, the bombing of the Boston Marathon, the attack on the U.S. Consulate in Benghazi, or the “workplace violence” killing at Fort Hood – too damn many are treating Americans too damn poorly these days.

But we aren’t helping. You see, we actually teach other people how to treat us. Just ask anyone who is always trying to please others, or who is always putting others first, before themselves, because they would feel “guilty” or “selfish” for doing so. As Dr. Phil said, “You either teach people to treat you with dignity and respect, or you don’t – you shape others’ behavior when you teach them what they can get away with and what they cannot.

As Americans, though, we aren’t teaching others to treat us well, at all, and we seem to be letting others get away with anything – even burning our nation’s flag, and parading their own, at our country’s political events.

Instead of treating ourselves with dignity and respect, our news media, political candidates, college professors, and elected officials, including the President of the United States, just apologize incessantly for the flaws in our country.

They say our economy is bad because the rich are getting richer, and that it’s immoral that we don’t provide free healthcare to everyone, as a right. Or provide a “livable” wage for everyone. They say that we’re a nation that was built upon the backs of slaves, and colonization, and imperialism. They say that our nation is filled with racists, bigots, and those who are so bitter that “they cling to guns or religion or antipathy toward people who aren’t like them.”

They say you can’t recite the Pledge of Allegiance in our schools because it suggests we are one nation “under God” and that this might offend others. We’re removing the Ten Commandments outside our public buildings because they are “inappropriate, even though James Madison believed that, “We’ve staked our future on our ability to follow the Ten Commandments with all of our heart.”

And instead of highlighting the sacrifices that our men and women in uniform have made for the cause of freedom around the world, our President tells Arab television viewers that America “sometimes makes mistakes.”

He apologizes, on behalf of all Americans, to the European countries, by saying that “there have been times where America has shown arrogance and been dismissive, even derisive.”

He even went before the Turkish Parliament to point out that “(t)he United States is still working through some of our own darker periods in our history,” instead of reminding them of how America has served as a beacon for freedom everywhere.

Attitude just counts for so much. It really does. It’s infectious. It’s like when someone starts laughing uncontrollably, you can’t help but start smiling yourself.
It’s a principle that works both ways, unfortunately. You see, all of this negative talk has had a marked effect on the morale of our nation. In fact, the number of Americans who think the United States “stands above all other countries” has declined to just 28 percent and the number of Americans who are extremely proud to call the United States home continues to decline.
So, is America suffering these horrific events because we haven’t taught other people how to treat us, even those here at home? Is it as simple as Dr. Phil says? Perhaps.

But maybe it’s also that when we repeatedly “bad mouth” or rundown America to ourselves, and around the world, we’re painting a picture of a country that is filled with people who simply aren’t worth treating with dignity and respect.

So, the next time that you choose to remain silent, rather than standing up for yourself and speaking your truth, whether it’s religious freedom, or the safety and security of your family, remember that your silence may be teaching others that it’s okay to treat you poorly, or threaten you, or otherwise diminish your life, liberty, and pursuit of happiness (in favor of theirs, instead).

If all of this sounds too mumbo-jumbo for you, just remember psychologists all agree that when we continue to put others first, while feeling resentful or badly about ourselves for doing that, our self-respect will inevitably suffer – and perhaps this is where we are as a nation today, and why it feels we are at war.

And maybe, just maybe, this is why so many Americans seem so ready to simply make America great again. We want our self-respect back.

Interested in more national news? We've got you covered! See More National News
Previous Article PRAGER U: The Benefits Of Belief
Next Article VIDEO: Homeschoolers Are Starting To Speak Out About The Terrible State Of Public Education