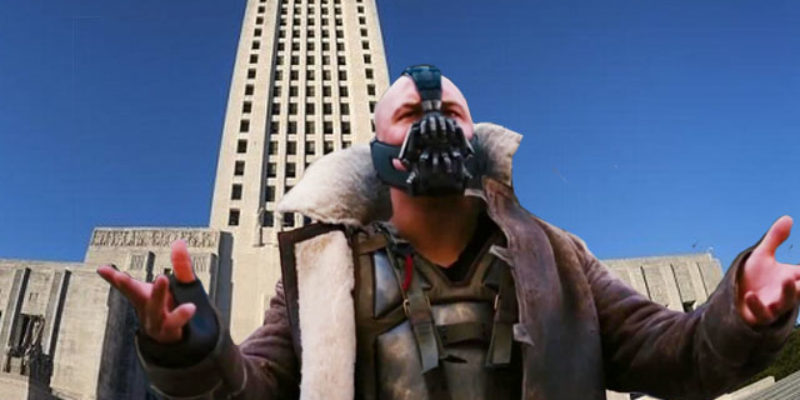 The total: $30.55 BILLION, if you include the capital outlays.

If you don’t include those, the total is $26.27 billion. Which is a billion dollars larger than last year’s budget was. But there is a $600 million budget shortfall that your taxes have to go up to pay for.

That’s the line this troglodyte from Amite roosting in the governor’s mansion amid the chickens in his yard is trying to pass on to the people of the state. He can’t fund LSU, he can’t fund TOPS, he can’t fix roads, he can’t maintain hospitals and he can’t fund vouchers for school choice unless you fully fund his budget that’s a billion dollars larger than last year’s budget which managed to do all those things.

Louisiana’s tax base hasn’t grown by a billion dollars. It hasn’t grown at all. The state is in an economic recession, according to the legislature’s economist. And yet he has to have a billion dollars more and you have to pay for it, and so far you’re only on the hook for $300-400 million.

And he can’t cut the increase of that budget without developmentally disabled kids being left in the swamps for the alligators to eat or there being no college football, or the TOPS program ending.

The whole thing is so pitifully laughable, such an insult to our intelligence, that you almost have to admire it.

If you want to know what’s really going on, think of it this way…

“Spoils will be enjoyed.”

Welcome to the revolution, that you voted for.